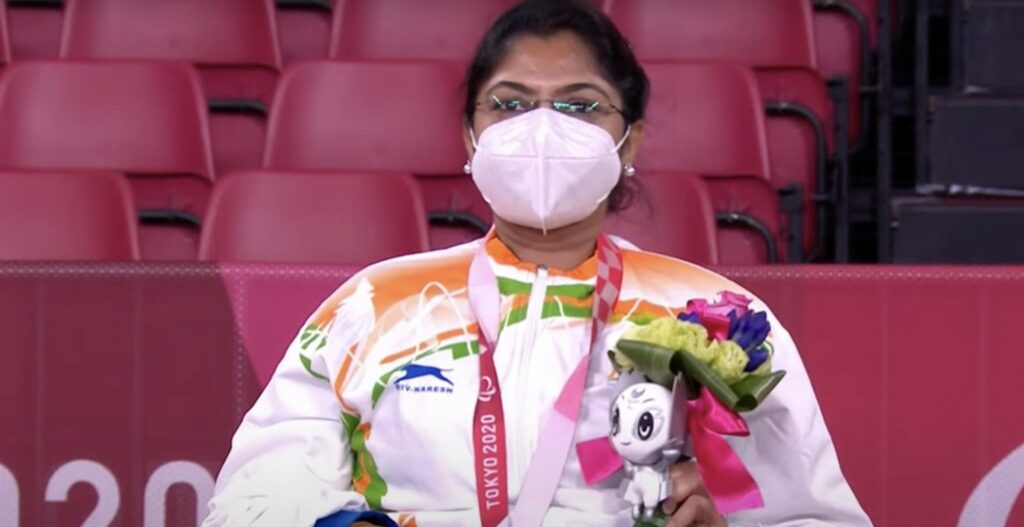 Modi tweeted, “The remarkable Bhavina Patel has scripted history! She brings home a historic Silver medal. Congratulations to her for it. Her life journey is motivating and will also draw more youngsters towards sports. #Paralympics.”

Bhavina Patel has made history for India on the National Sports Day by becoming the first Table Tennis player from the country to win a medal in the Paralympic games.

Her silver win is India’s first medal at the Tokyo 2020 Paralympic games and the 13th overall — 4 gold, 5 silver and 4 bronze.

The 34-year-old Bhavina, who lost to the best player in the world and the one who is far more experienced and superior to her, became the first Indian Table Tennis player to win a medal at the Paralympics.

She also became only the second Indian female athlete to win a medal in the Paralympics after Deepa Malik, who bagged silver in Shotput F43 in 2016.

Bhavina, in her maiden Paralympic Games, had lost to Zhou in her opening preliminary round Group A match too.