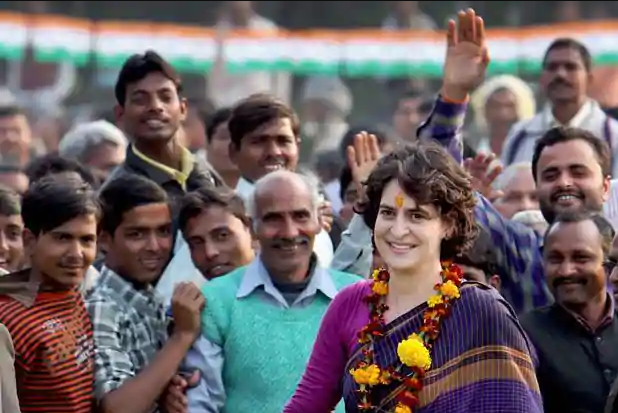 New Delhi: Congress general secretary Priyanka Gandhi Vadra will visit Lucknow on Wednesday (July 14) to kickstart her ‘Mission UP’ and will take stock of the poll preparations as the state will vote early next year.

Priyanka Gandhi will be meeting with all Pradesh Committees including all district and city presidents, and will meet various farmers unions as well.

She will also interact with groups of unemployed youth who are fighting various recruitment issues.

Priyanka Gandhi will also discuss the making of manifesto of the party for the next assembly elections, with the state Congress leaders.

This will be the first physical meet of the Congress general secretary in the state after the second wave of the pandemic.

On Monday, she met with the advisory council and expressed concern over large scale violence in the Block Parmukh elections in Uttar Pradesh.

The Congress has been protesting against the fuel hike and rising inflation in the country and in UP too, the party is trying to corner the BJP government by raising people’s issues.

In Prayagraj, Congress workers on Monday staged protests against the fuel hike and rising inflation. State secretary Sanjay Tiwari, who led the protest, said that since the time when the BJP government came to power in the state, the prices of essential commodities have been rising and rising.

The Congress protest will be till July 17 at the state level and will press for demands of rollback in the price of petroleum products.