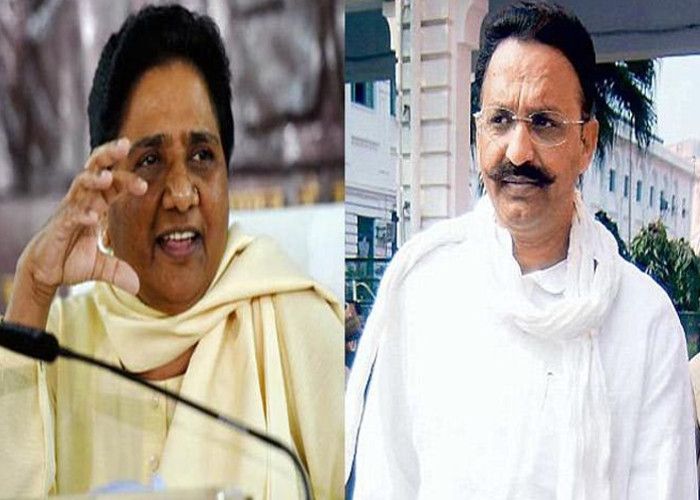 Lucknow : Bahujan Samaj Party President Mayawati on Friday announced that her party would not give tickets to criminals and mafia.

In a tweet, she said that her party would not give ticket to jailed mafia don Mukhtar Ansari from the Mau Assembly seat. Mukhtar had won the seat in 2017 on a BSP ticket.

Instead, she named BSP state president Bhim Rajbhar as the party candidate from Mau.

Mayawati asserted that she wanted to ensure rule of law and would not entertain those who violated the law.

Mukhtar Ansari’s ouster from the BSP was a foregone conclusion after his brother Sigbatullah Ansari joined Samajwadi Party last month.

His joining the Samajwadi Party was a clear indication that Mukhtar Ansari and his brother Afzal Ansari, who is a BSP MP from Ghazipur, would also join SP, sooner than later.

In 2017, the BSP had given a ticket to Mukhtar Ansari and his son Abbas Ansari who could not win the election. In 2019, Afzal Ansari was the BSP candidate in the Lok Sabha elections.