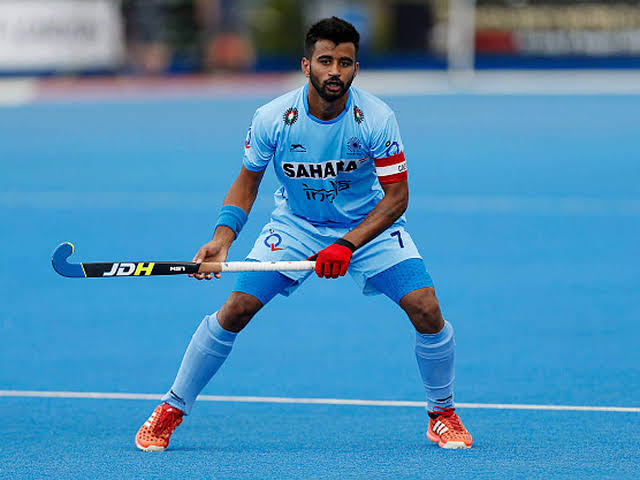 This will be Manpreet’s third Olympics.

Under Manpreet’s captaincy, the Indian team won the Asia Cup in 2017, the Asian Champions Trophy in 2018 and the FIH Series Final in 2019.

The team led by Manpreet also made it to the quarterfinals of the FIH Men’s World Cup 2018 in Bhubaneswar.

Lakra, on the other hand, is a veteran defender who was part of the 2012 London Olympics but missed the 2016 Rio Games owing to a knee surgery.

Harmanpreet, since his senior India debut in 2015, has grown in his role as a drag-flicker and defender. In the absence of Manpreet in 2019, Harmanpreet led the Indian team to victory at the FIH Olympic Test event in Tokyo.

Chief coach Graham Reid said, “All three players have been an integral part of the team’s leadership over these past couple of years and have shown a lot of maturity in guiding the youngsters during these challenging times. Naming two vice-captains we believe will also strengthen our leadership in what is going to be a demanding tournament. We are confident that together they will guide the team to success.”

Manpreet said, “This Olympics will be truly special, and I am humbled to have this opportunity of representing India at the Olympics for the third time, this time as team captain. It is a very proud moment for me to be given this charge. Over these past few years, we have developed a strong leadership group and have successfully overcome the challenges posed by the pandemic to not drop our form and keep our minds and fitness focused towards doing well at the Olympics.”

Lakra said that, “Being named vice-captain along with Harmanpreet Singh is a matter of pride for me and over these past years with India we have seen players show great mental toughness during our preparations despite these trying times. We just hope to make the hard work and sacrifices count by winning big.”

India will begin their campaign in Tokyo on July 24 when they take on New Zealand in their first Pool stage match.