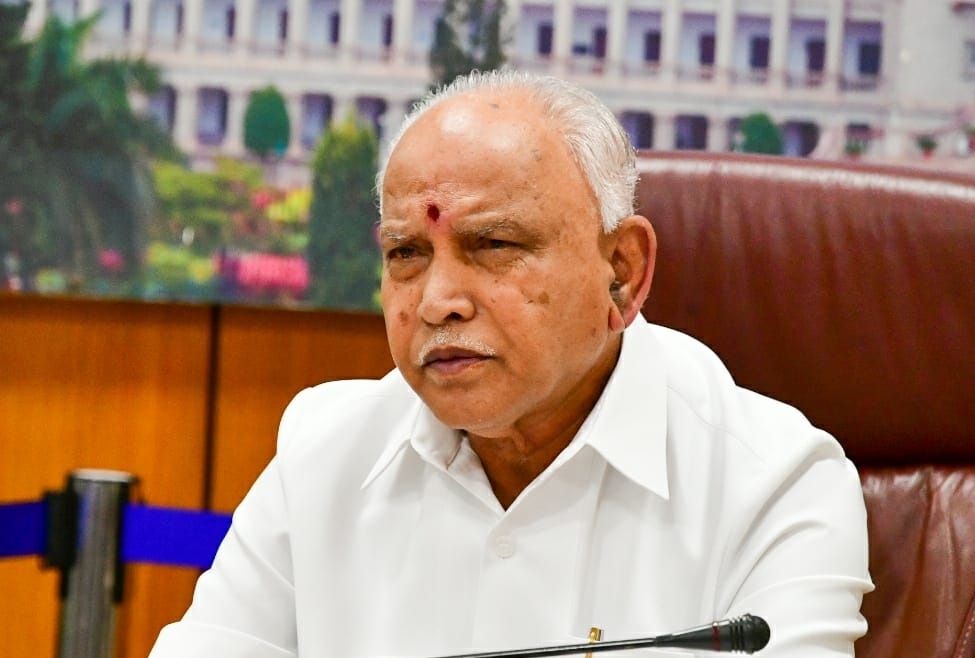 Bengaluru: Karnataka Chief Minister B. S. Yediyurappa on Friday tested Covid positive and got himself admitted to a hospital.

Taking to Twitter, Yediyurappa said that upon having mild fever on Friday he got tested for Covid-19 and his report has come out positive.

“Although I am doing fine, I am being hospitalised based on the advise of doctors. I request all those who have come in my contact recently to be observant and exercise self-quarantine,” he said in his tweet.

On Thursday, Yediyurappa had returned from campaigning mid-way through Belgaum Lok Sabha from Belagavi to Bengaluru after he complained of fever and exhaustion.

Yediyurappa had been campaigning hard in the last fortnight for bypolls to three seats – the Belgaum Lok Sabha seat, the Maski Assembly seat in Raichur district and the Basavakalyana Assembly seat in Bidar district.
Despite suffering from fever and exhaustion on Wednesday, Yediyurappa had campaigned for the by-election for Belgaum Lok Sabha Constituency BJP candidate Mangala Angadi by taking medicines. But on Thursday, doctors advised him not to ‘strain himself’ asked him to rest and recuperate from stress as well as fatigue owing to summer.
Tags: CM Yediyurappa Covid positive Karnataka