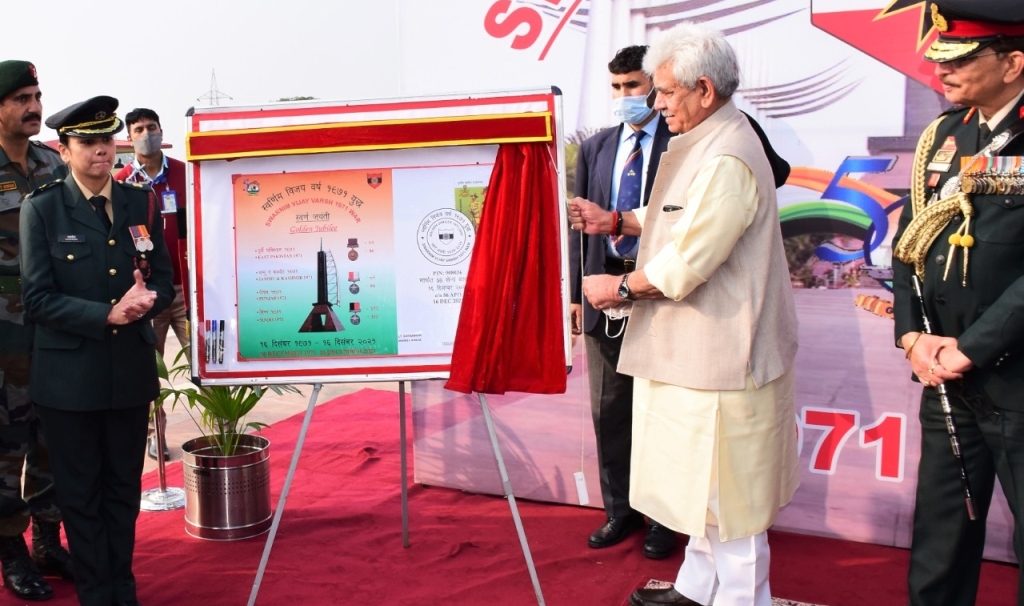 Jammu : As part of the ‘Swarnim Vijay Varsh’ celebrations to commemorate the 50th anniversary of India’s victory over Pakistan in the 1971 war, Jammu and Kashmir Lt governor and others paid homage to war heroes at Balidan Stambh in Jammu.

“The Lt governor along with Army Commander Lt General Y.K. Joshi and senior dignitaries interacted with Veer Naris, Awardees and Veterans of the 1971 War and felicitated them.

“While interacting with veterans, the chief guest said nothing can be equal to the sacrifices made by the veterans.

“He extended his gratitude and assured of Government’s all possible support to ensure their welfare and said our every warrior of today is a respected veteran of tomorrow. It is our duty to ensure their well being and fulfil their needs.

“At the end, the artists of J&K Academy of Arts, Culture and Languages and NCC cadets paid tributes by their performances filled with patriotic fervour.

“A deeply holy atmosphere was also created in the Balidan Stambh by religious prayers rendition by Army Pandit, Moulvi and Granthi”.