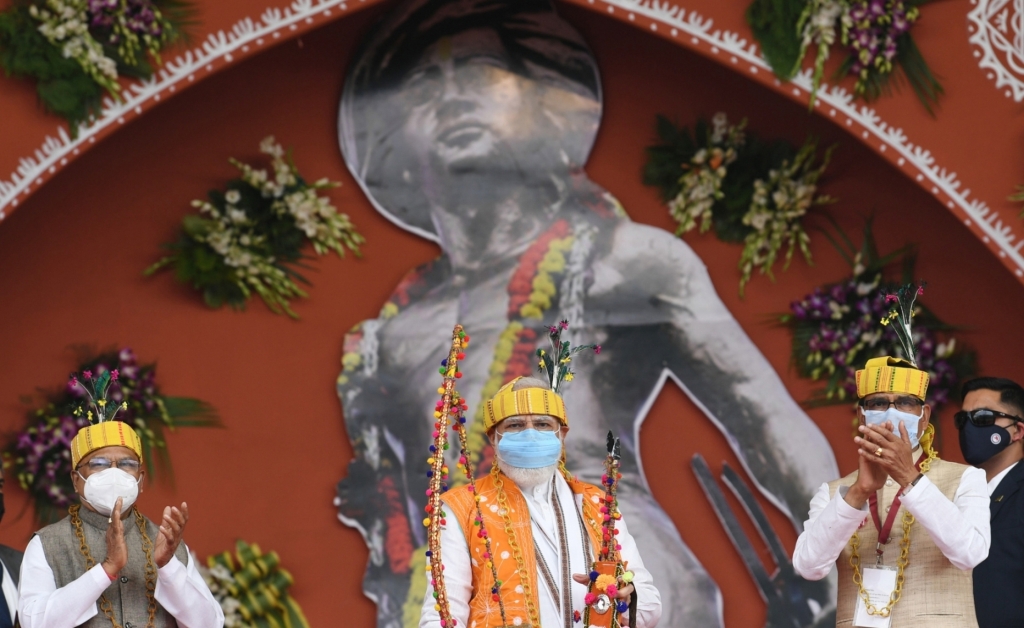 Bhopal : Prime Minister Narendra Modi on Monday said that the nation will celebrate freedom fighter Birsa Munda’s birth anniversary in the line of Mahatma Gandhi and other freedom fighters who sacrificed their lives for the nation.

Modi was addressing a mass gathering of tribals at Bhopal’s Jamburi maidan on the occasion of ‘Janjatiya Gaurav Divas’ orgainsed by the Madhya Pradesh Government to mark the birth anniversary of tribal freedom fighter.

The Prime Minister reached Jamburi maidan at 1.10 p.m. and walked through an exhibition of tribals’ handicrafts. During inspection, he interacted with the tribals and congratulated them for Birsa Munda’s birth anniversary.

As he ascended the dais, people who had assembled from different parts of the state and were waiting for last several hours, cheered.

In his speech, he highlighted several schemes introduced by the BJP-led Centre in the last seven years.

He also thanked the tribals for their active participation in taking the Covid-19 vaccines. “When people in some developed countries are showing hesitation in taking Covid vaccines, tribals have accepted it. We need to learn from from this. Tribals are the strength of India but despite constituting 10 per cent of the total population, their culture and history has not got the desired recognition,” he said.