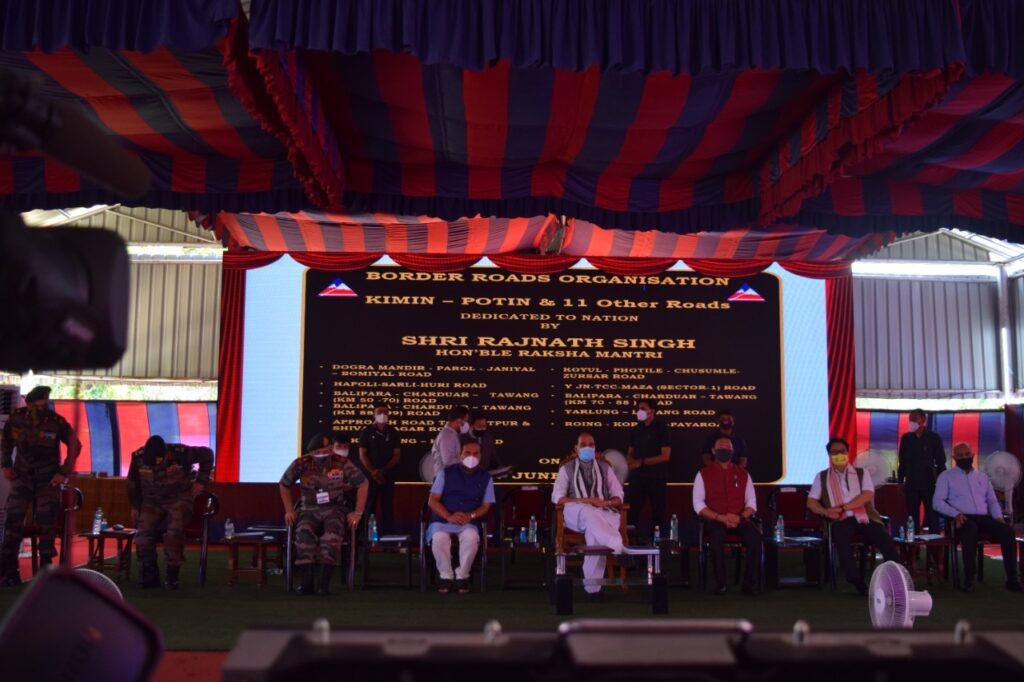 Guwahati, Defence Minister Rajnath Singh on Thursday said India is the “priest” of world peace, but it has the full ability and strength to give a befitting reply to acts of aggression.

Dedicating the 20 km Kimin-Potin double lane road in Arunachal Pradesh and 11 other strategic road projects constructed by the Border Roads Organisation (BRO) in Arunachal Pradesh and other places, he said any kind of disturbance in the peace and tranquility in the border areas is bound to have adverse implications. The 12 strategic roads would not only give a boost to connectivity, but facilitate faster movement of troops along the international border as well, the defence minister said.

Singh said: “The capacity of the BRO in construction of world-class roads despite challenges in tough and hilly terrain demonstrate the mantra of “Aatmanirbhar Bharat”. Praising the BRO for its contribution to the development of roads and other infrastructure in the remote border areas of the country, the Defence Minister virtually dedicated the 12 new roads to the nation.

He reiterated the resolve of the Government to connect all regions of the country to the overall national mainstream to provide an equal opportunity for development and growth.

Speaking on the occasion, Director General of BRO, Lt General Rajeev Chaudhry restated the efforts of the BRO in the overall development of Arunachal Pradesh and thanked the state for assisting the organisation to ensure development of infrastructure in a smooth manner.

Minister of State for Development of North Eastern Region, Jitendra Singh, was among the dignitaries who attended the event virtually.