Both the countries were engaged in talks for the last three days after China made provocative military movements in an attempt to change the status quo at Pangong Tso (lake) in eastern Ladakh. “Brigade commander-level officers from both the countries met at Chushul to resolve the issues,” said a senior government officer.

The agenda of the deliberation was the fresh developments at three contentious areas at the south bank of Pangong lake. India has raised concerns about increased Chinese deployment in areas near Black Top and Helmet Top. India also asked China to completely withdraw its troop deployment close to Thakung base in Indian territory.

Indian troops had got hold of Rechin La, which is about 2.5 to 3 kilometres from Rezang La on the LAC on the Indian side, to push back Chinese troops.

On August 31, Chinese troops had indulged in provocative actions after Indian soldiers had earlier occupied the heights there to thwart a PLA land-grabbing bid over the weekend.

On the intervening night of August 29 and 30, PLA troops had violated the previous consensus agreed in military and diplomatic engagements during the ongoing standoff in eastern Ladakh and carried out provocative military movements to change the status quo.

“Indian troops pre-empted this PLA activity on the southern bank of Pangong lake, and undertook measures to strengthen our positions and thwart Chinese intentions to unilaterally change facts on the ground,” the Indian Army said.

However, China on Monday said its troops never crossed the Line of Actual Control.

India has asked China to completely withdraw its troops from Pangong Tso. But China has refused to budge. The mountain spurs jutting into the lake are referred to as ‘Fingers’ in military parlance.

Both countries are engaged in the current four-month-long standoff at the Line of Actual Control in eastern Ladakh. Despite several levels of dialogue, there has not been any breakthrough and the deadlock continues. 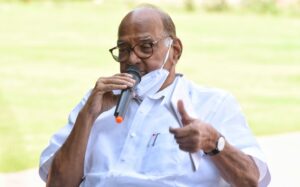