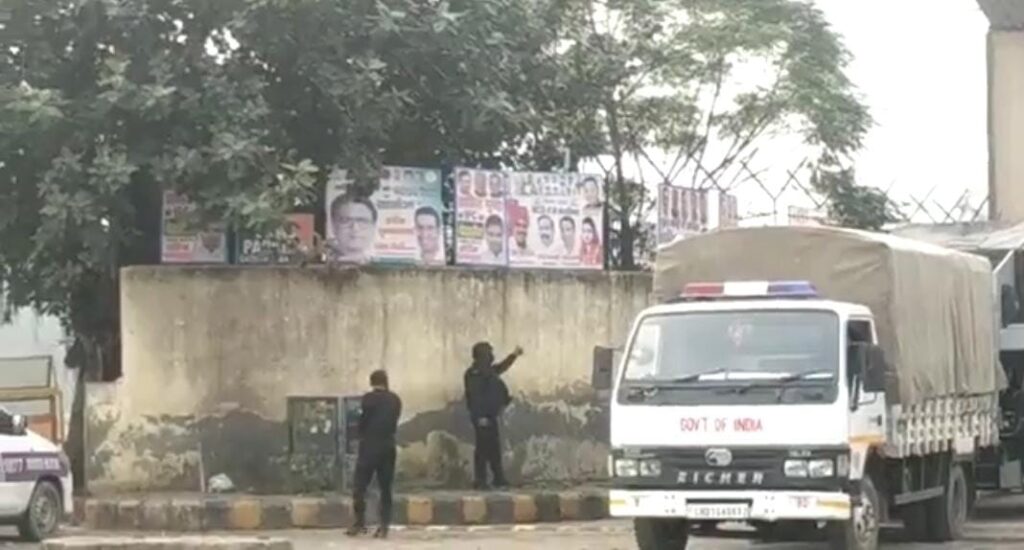 New Delhi : Less than a fortnight ahead of Republic Day, an Improvised Explosive Device (IED) was found concealed in an unattended bag in the Ghazipur Flower Market area of the national capital on Friday morning, triggering panic among the people.

“An IED was recovered from a suspicious bag and a controlled explosion was carried out to defuse it,” a senior official confirmed .

According to a fire department official, a call was received around 10.20 a.m. regarding an unattended bag lying at the Ghazipur flower market in the city after which one fire engine was rushed to the spot.

Officials said that a team of the National Security Guard’s bomb disposal squad and sleuths of the Delhi Police’s anti-terror unit Special Cell also reached the spot to assess the situation.

The police then cordoned off the entire area for the safety and security of the people. A bomb disposal container called Total Containment Vessel (TVC) was brought by the bomb disposal squad to contain the explosion.

The NSG bomb disposal squad with the help of police personnel dug an approximately 8 feet ditch in an open ground where the bag carrying the IED was disposed. “The NSG conducted a controlled explosion of the recovered IED at around 1.30 p.m.,” an official said.

Heavy police presence could be seen in and around the area. The Special Cell has registered a case under relevant provisions of the Explosives Act.

“An investigation has been launched and the forensic teams have collected evidence from the spot and taken it for examination,” the official said.

Meanwhile, National Security Guard Director General MA Ganapathy that the black-coloured bag carrying the IED weighed around 3 kg. “It looks like it was possibly a mixture of RDX and Ammonium Nitrate, around 3 kg,” Ganapathy informed.

Sources said the police in the national capital were already on alert keeping in view the upcoming Republic Day on January 26. “Such events can be used by anti-national elements having nefarious designs to carry out terror attacks in the city,” a top official had recently.

In September, 2021, the Delhi Police Special Cell had busted a big terror module of the ISI and the underworld and arrested 8 Pakistan-trained terrorists from several places of the country.

The arrested terrorists were planning to carry out terror attacks in the country during this festival season.

A month later in October, another Pakistan’s Inter-Services Intelligence (ISI) trained terrorist was arrested from the Laxmi Nagar area of the national capital. At the time of his arrest, the police recovered an AK 47 rifle along with several other arms and ammunition from him.