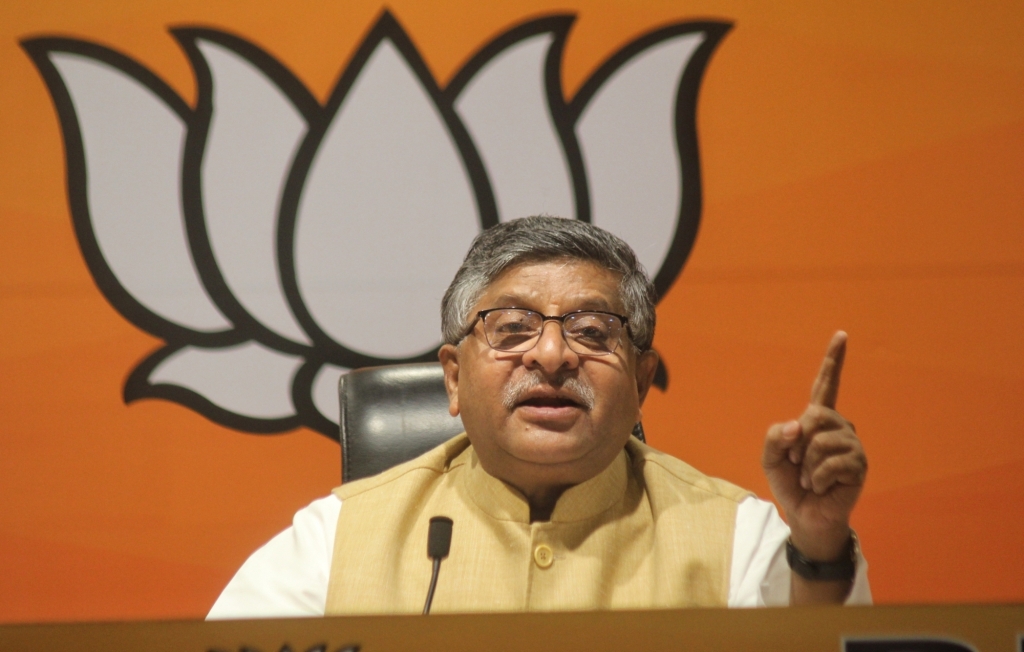 New Delhi,  With IT Minister Ravi Shankar Prasad slamming Twitter once again, ironically in a series of tweets, leading experts on Wednesday began a debate on whether the micro-blogging platform has actually lost its “legal shield” in the country from prosecution over posts.

There is no doubt that India needs to ensure that the Information Technology (Intermediary Guidelines and Digital Media Ethics Code) Rules, 2021 do not become a mere paper tiger and are effectively implemented.

However, can the country stipulate stringent liabilities against social media firms like Twitter for failing to comply with its directions?

By virtue of Rule 7 of the IT (Intermediary Guidelines) rules 2021, the moment any intermediary including any significant social media intermediary does not comply with the IT rules, they automatically lose their statutory exemption from legal liability.

“Further, they become liable for being punished for various offences under the Information Technology Act, 2000 and the Indian Penal Code, 1860. In this case, Twitter by not complying with the IT rules 2021 has lost its statutory immunity after the expiry of 90 days from February 25,” leading cyberlaw expert Pavan Duggal.

According to him, Twitter no longer has the “suraksha kavach” or statutory exemption from legal liability.

However, according to non-profit Internet Freedom Foundation, the “intermediary status” is not a registration that is granted by the government.

“The present concerns arise from Rule 7 of the IT Rules, but Rule 7 only says that the provisions of Section 79 of the IT Act won’t apply to intermediaries that fail to observe the IT Rules,” the foundation said in a series of tweets.

“The new IT Rules, as per several digital rights organisations, are unconstitutional. In fact, they have been challenged in several state High Courts (like by TM Krishna, a prominent Carnatic music vocalist and cultural critic in Madras HC),” the foundation added.

According to Virag Gupta, the lawyer of former RSS ideologue K.N. Govindacharya, who is arguing the social media Designated Officers’ matter before the Delhi High Court, there are three aspects of new IT Rules.

“However, there is debate only on one aspect of Grievance Officer. Facebook, Google, WhatsApp and other tech giants including Twitter have yet not fully complied with rules related to Nodal Officer and Compliance Officer,” Gupta .

Article 14 of the Constitution mandates equality, but the government is “singling out Twitter and not taking action against other social media companies which are not compliant with the law”, Gupta argued.

According to Minister Prasad, Twitter was given multiple opportunities to comply with the same, but has “deliberately chosen” the path of non-compliance.

“In certain scenarios, with the amplification of social media, even a small spark can cause a fire, especially with the menace of fake news. This was one of the objectives of bringing the Intermediary Guidelines,” he said in a series of tweets.

“Further, what is perplexing is that Twitter fails to address the grievances of users by refusing to set up process as mandated by the law of the land. Additionally, it chooses a policy of flagging manipulated media, only when it suits, its likes and dislikes,” the IT Minister added.

Twitter was yet to react to the latest tweets by IT Minister.

Experts argued that India needs to come up with effective legal provisions stipulating the consequences to be faced by social media companies in case they do not take effective steps to fight the menace of fake news/misinformation on their platforms.

The options for the government are now to start legal proceedings against Twitter for third-party data and information.

Since Twitter, as a service provider, has not complied with the new IT rules, the government can also start initiating action to prevent them from offering their service in “a seamless manner in the Indian context”, the experts noted.