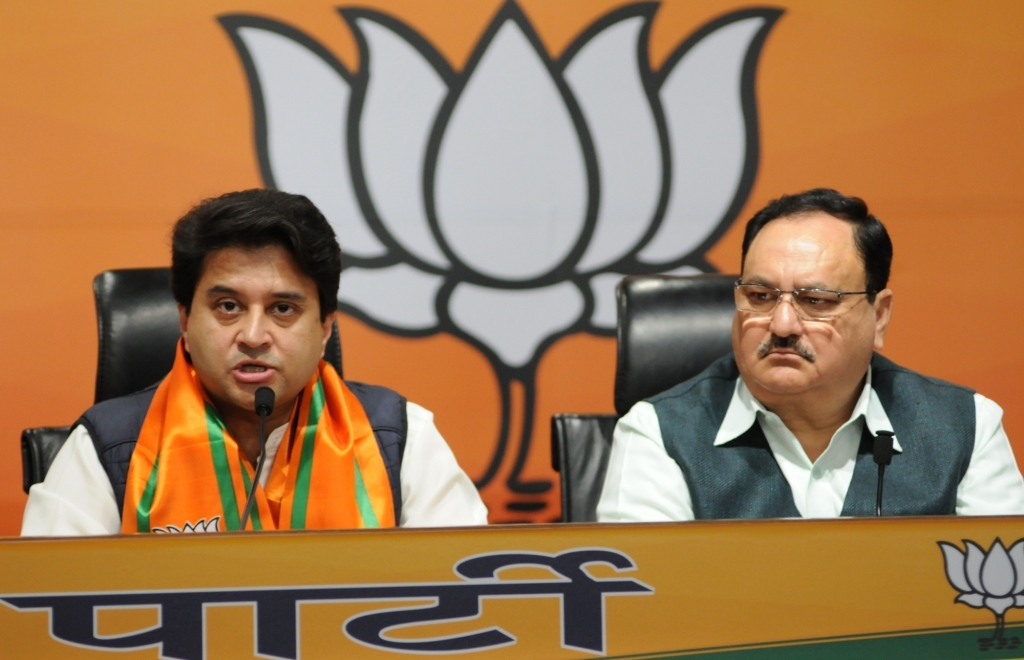 Bhopal : The ongoing cold war between Civil Aviation Minister Jyotiraditya Scindia and Member of Parliament (MP) Krishnapal Yadav has yet again come to the fore after Yadav’s “grievance” letter to the BJP president JP Nadda went viral on social media.

Yadav alleged that Scindia group does not invite him for party’s programmes, not even for inauguration of development works initiated by him.

Drawing Nadda’s attention to the matter, he said that the continous negligence is leaving a bad imression on the party workers in Gwalior- Chambal division in Madhya Pradesh.

“Guna Lok Sabha has been Congress’ dominated constituency for years and he defeated the Congress (Scindia) in 2019. It could have happened because of party’s dedicated workers and now they are facing negligence,” the letter read.

Yadav alleged that the Scindia group neither attend meetings called by him nor invite him to attend meetings or programmes. “Such things are not only demoralising hardworking party workers but also portraying the party in a bad light. It can be verified by the party,” he added.

Yadav gained popularity after he defeated Scindia from Guna Lok Sabha constituency in 2019. Sources in BJP said that cold war between Yadav and Scindia had started soon after the latter joined the party. Sources said that the main conflict between the two have emerged for receiving credits for development works in the region.