A set of twin British-era cannons each weighing 22-tonne, was found in Maharashtra Raj Bhavan, an official said on Saturday.

They lay buried under some earth and discovered during a tree plantation drive. The cannons were lifted on Saturday by using cranes in the presence of Governor C.V. Rao, said the official.

The Governor has ordered them to be restored and conserved. These may later be placed for public display outside the Jal Vihar Bungalow or the grand banquet hall of Raj Bhavan, in Malabar Hill.

In view of the historical significance, Rao has asked Raj Bhavan officials to seek Navy’s assistance for technical details of the cannons and also to find out if the archival records are available.

The two massive and identical cannons, separated from each other by 25 meters, were found undetected and covered under mud at the foothills of the Arabian Sea-facing Raj Bhavan, apparently for many decades.

Each cannon weighs 22 tonne, measures 4.7 meter in length and has a diameter of 1.15 meter.

These were lifted using a crane over a height of more than 50 meters and placed temporarily on the front lawns of Raj Bhavan.

This is the second major discovery of historical importance at Raj Bhavan in less than three years.

The bunker is being restored under the guidance of an expert architect firm.

The Governor has asked for creation of a museum inside the bunker after which it will be opened for general public.

Varanasi court to hear Gyanvapi mosque case on May 26 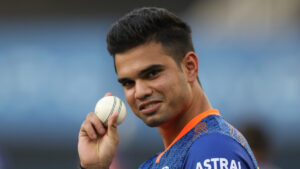