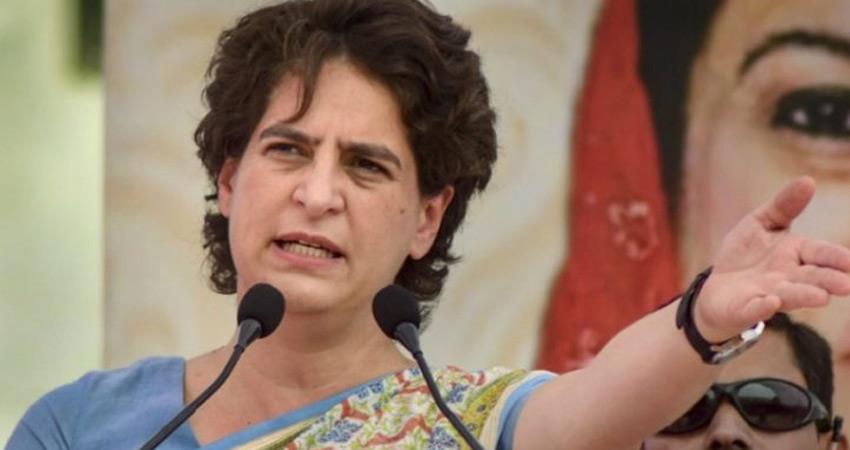 New Delhi,  After violence was reported from various parts of Uttar Pradesh during the filing of nomination papers for the block pramukh elections on Thursday, with allegations of opposition candidates being stopped by the administration, Congress General Secretary Priyanka Gandhi Vadra trained her guns at Prime Minister Narendra Modi and UP Chief Minister Yogi Adityanath over the issue.

“PM Saheb and CM Saheb should congratulate their workers in UP for firing, bombing, stone pelting, looting nomination papers and thrashing journalists and women. Law and order is blind-folded while democracy has been ripped off in UP,” she said in a tweet in Hindi.

Widespread violence was reported on Thursday from various districts, including Siddharthnagar, Sitapur, Gorakhpur and Sambhal during the filing of nomination papers for the block pramukh elections.

Majority of the incidents took place after the opposition candidates were prevented from filing their nomination papers.

She was prevented from going in even as unidentified persons opened fire in the presence of the police. Her supporters created a ruckus as some people even lobbed crude bombs.

“It was BJP leader Tejaswi Jaiswal who snatched the papers, leading to tension and clashes,” said Varma.

In Kannauj, the supporters of Samajwadi Party and BJP clashed, with SP leaders alleging that they were being prevented from filing nomination papers.

A journalist with a news channel was beaten up while he was filming the incident.

Similar incidents were reported from Fatehpur where some people brandished firearms in the presence of the police and tore up the nomination papers of some candidates. Journalists were also roughed up.