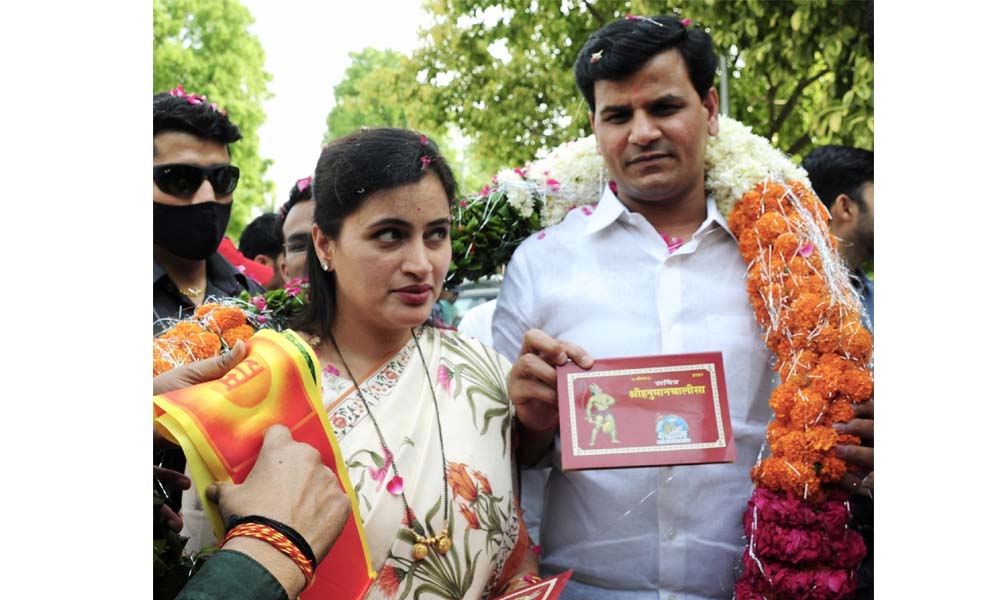 Special Public Prosecutor Pradip Gharat, on behalf of the Khar police station, moved an application before the Mumbai city civil and sessions court seeking cancellation of the bail to the politician-couple on grounds that they had flouted one of the conditions imposed by the judge last week.

“The accused persons (Rana couple) have given media interviews ever since their release and hence flouted the condition imposed by the special court while allowing their bail. We are seeking for the bail to be cancelled, issuing a warrant of arrest against them and they should be taken into custody forthwith from wherever they are,” Gharat told media persons.

As per the bail order of May 4, the couple were barred from speaking to the media about the case or the ongoing investigations failing which their bail was liable to be cancelled immediately, he added.

Special Judge R. N. Rokde heard the prosecution, issued the notice and posted the matter for further hearing on May 18.

Welcoming the development, Shiv Sena MoS Kishore Tiwari said that the arrogant Rana couple have “scant regards for the majesty of the laws” and deserve to return to jail.

The Ranas – Navnit Kaur, an independent MP from Amravati-Yavatmal and Ravi, independent legislator from Badnera – were arrested on April 23 after they threatened to go to the private residence of the CM and recite Hanuman Chalisa.

They were charged with sedition and instigating enmity among the people and sent to 14 days judicial custody till they secured bail after 12 days.

After stepping out of jail, Navnit Kaur-Rana was rushed to the Lilavati Hospital and discharged after treatment on Sunday.

Since their release on bail, the couple has been seen on media running a vilification campaign against the Thackerays, Shiv Sena, MP Sanjay Raut and others which are violative of the bail conditions.

“We are going to Delhi to meet all the leaders who respect women. Thackeray, who backstabbed the BJP should not teach us about principles. We shall tell the people in Delhi how we were arrested and ill-treated from the lockup to the jail,” said Navnit Kaura-Rana before her departure.