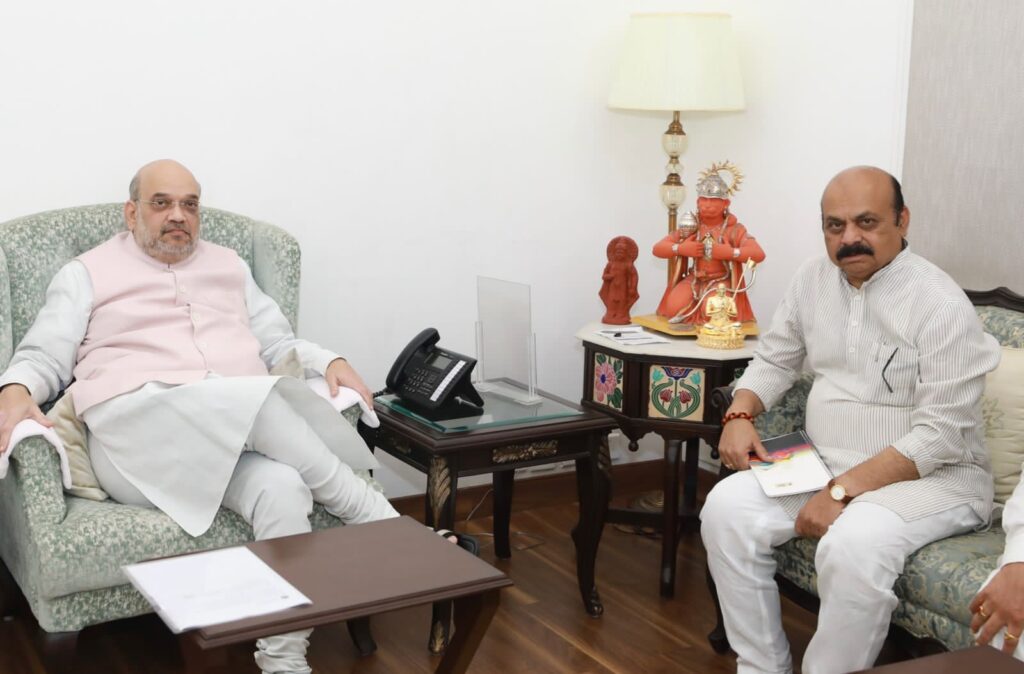 Bengaluru : The hopes of Cabinet aspirants in Karnataka have soared after Chief Minister Basavaraj Bommai finally managed to get an appointment with Union Home Minister Amit Shah on Wednesday and announced that the Cabinet expansion would be done in next two-three days.

After his meeting with Shah in New Delhi, Bommai said that he discussed political developments in the state, including the Cabinet expansion.

The Supreme Court order on local body elections and its implications as well as the decisions to be taken in this regard were also discussed, he said.

“I have briefed him on everything to which he gave a patient hearing,” Bommai said.

The Chief Minister said that he has been assured by Shah that he would speak to party President J.P. Nadda and take suitable decisions on Cabinet expansion. Considering the developments, a decision would be made in two to three days, he said.

“From my end, I have given all the inputs and now they will have to take a call. I have explained about the prevailing situation in the state. The next week is crucial. The local body elections to be conducted all over the state are important,” he said.

He also said that the Uttarakhand or Gujarat models won’t apply to Karnataka, and the Cabinet expansion is going to be made based on the state’s political scenario.

Union Minister for Parliamentary Affairs, Pralhad Joshi, who hails from Karnataka, was also present in the meeting.

Sources in BJP said that the meeting was held to finalise the list of candidates and to take a final call on crucial issues such as according Cabinet berth to former Chief Minister B.S. Yediyurappa’s son B.Y. Vijayendra and former minister Ramesh Jarkiholi, among others.

As per sources, the final list in this connection has reached the party high command.

The high command has got a survey of performance and popularity of ministers done through its sources.

Meanwhile, opposition Congress leaders have already issued statements that many top leaders from the BJP have approached them.

Sources said the BJP high command is thinking of dropping some non-performing ministers.

There are five vacant Cabinet berths presently and the party wants to induct 10 new faces. The party is also contemplating to change the Home Minister in the state, and Present Revenue Minister R. Ashok is said to be the preferred choice for the job. Presently, Araga Jnanendra is holding the portfolio.

BJP national General Secretary B.L. Santhosh’s recent statement that bringing change in leadership is the strength of the BJP had caused ripples in the state’s political corridors.