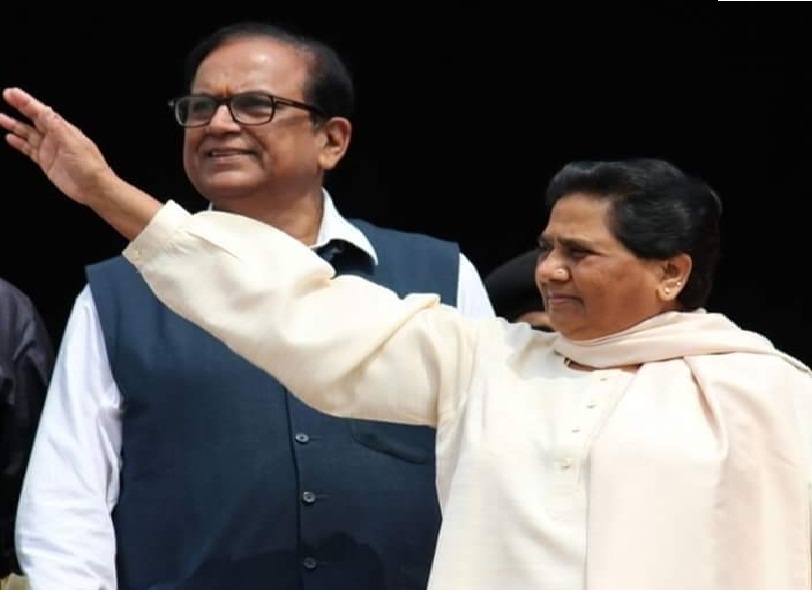 Lucknow: The Bahujan Samaj Party’s (BSP) efforts to win over Brahmins and play the Hindutva card with visits to Ayodhya and the Ram temple, may end up backfiring on its strategy for a comeback in the Uttar Pradesh Assembly elections next year.

BSP MP Satish Chandra Mishra, who began the Brahmin conclaves from Ayodhya over the weekend, has apparently struck discordant notes in the minority community.

When Mishra came on stage in Ayodhya, chants of ‘Jai Shri Ram’ filled the air. The BSP began his campaign with visits to the Ram Janambhoomi and Hanuman Garhi temples and went on to say that the former would be built when the BSP comes to power.

This was the first time that any BSP leader had flaunted his Hindu leanings on the party platform.

“The BSP has shown us that it is no different from the BJP. The party agenda was out in the open in Ayodhya when cries of ‘Jai Shri Ram’ were chanted from the dais and Satish Chandra Mishra did not stop them. Moreover, he promised to speed up Ram temple. Is this the 2022 agenda of the BSP?” asked Mohd Qais, a BSP leader form Ambedkar Nagar.

“We do not know who has convinced Behenji (Mayawati) to play the Hindu card like this but it will cost us dear in the elections. Our cadres still recall the slogan ‘Mile Mulayam-Kanshi Ram, hawa mein ud gaye Jai Shri Ram’ and now this sudden affinity for Ram?” he queried.

Rebel BSP MLA Aslam Raini said: “The BSP is inching towards its doom. After decades of wooing Dalits, the party has suddenly become a subsidiary of the BJP.”

The BSP has already lost its prominent OBC leaders. The expulsion of senior leaders like Lalji Varma and Ram Achal Rajbhar, both of them wielded considerable influence over their communities, has depleted the party’s base among OBCs.

As of now, the BSP has no OBC face to flaunt in the elections.

“As it is, the party has negligible representation of OBCs and Muslims in the power hierarchy. The party is led by Brahmins in the Lok Sabha and Rajya Sabha. Reviving the Bhaichara committee will not serve any purpose unless we have leaders who wield influence over their own communities,” said admitted a party functionary.