London: The Brazil variant (also known as P1) is likely to be more transmissible than previous strains of Coronavirus and able to evade immunity gained from infection with other strains, according to researchers.

The team from Brazil, the UK and University of Copenhagen estimated that “there is an aggressive variant of the coronavirus called P1 which seems to be the cause of problems” in Manaus city, Brazil.

“Our analysis shows that P1 emerged in Manaus around November 2020. It went from not being detectable in our genetic samples to accounting for 87 per cent of the positive samples in just seven weeks. It has since spread to several other states in Brazil as well as many other countries around the world,” said Samir Bhatt, a researcher at Copenhagen University’s Department of Public Health.

The findings, published in the journal Science, showed that P1 is likely to be between 1.7 and 2.4 times more transmissible than non-P1-lineages of the coronavirus. P1 was also likely to be able to evade between 10 and 46 per cent of the immunity gained from infection with non-P1 coronavirus.

For the study, the team used many forms of data from Manaus to characterise P1 and its properties including 184 samples of genetic sequencing data. They found that genetically speaking P1 is different from the previous strains of coronavirus. It has acquired 17 mutations including an important trio of mutations in the spike protein (K417T, E484K and N501Y).

The researchers also used an epidemiological model to estimate how transmissible P1 seemed to be. As well as estimating signs of P evading immunity gained from previous infection. The model compared two different virus strains — one was the ‘normal coronavirus’ and the other was dynamically adjusted using machine learning to best fit the actual events in Brazil, Bhatt said.

Manaus city was hit so hard by the first wave in 2020 that it was actually thought to be one of the few places in the world to have reached herd immunity. An estimated 75 per cent of the population in the city had been infected. But then the second wave hit in November and December. The massive second wave outbreak has led to many daily deaths and instances of the health care systems collapsing. 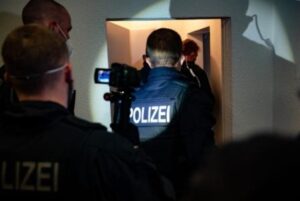 25 people arrested in Germany for plotting to overthrow state 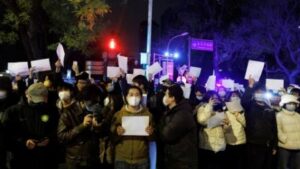