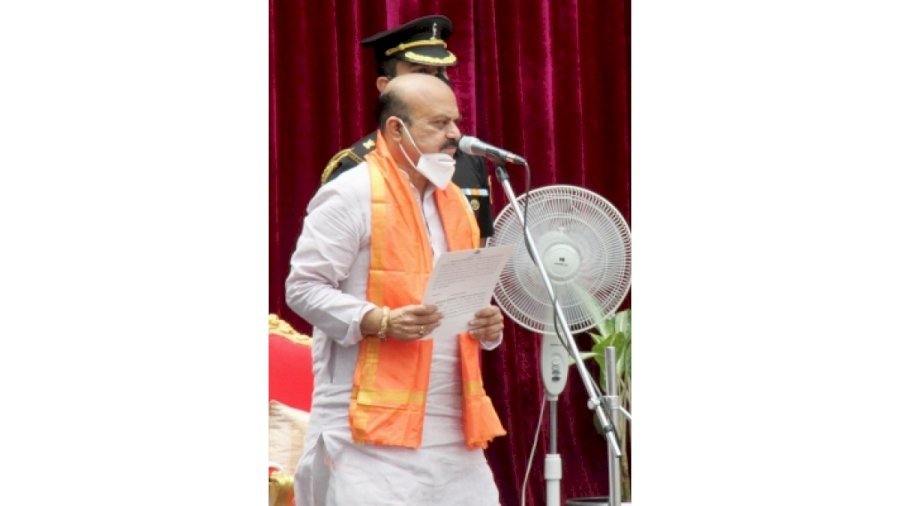 Bengaluru,  Karnataka Chief Minister Basavaraja Bommai on Wednesday bowed down on the steps of the Vidhana Soudha on Wednesday while entering for the first time after taking over the top post.

Prime Minister Narendra Modi had also bowed down at the steps of the parliament on entering it for the first time in his new post.

Bommai, who came straight to Vidhana Soudha after being sworn-in at the Raj Bhavan, stopped for a while and bowed down on the steps. On media persons’ request, he repeated the act.

Bommai stated that he will take everyone along with him as the government is faced with financial and social challenges. “I will convert these challenges into stepping stones of success. The people of the state have faced the crisis of corona and floods twice and their problems need to be addressed.

“I am going to have a good team and I will be one of the team members. People will feel the change of my administration. I am yet to form a cabinet. First, I will meet top leaders of the party to convey my regards in New Delhi for giving this opportunity. Later, in consultations with the top leaders, ministries will be allotted in a week’s time,” he said.