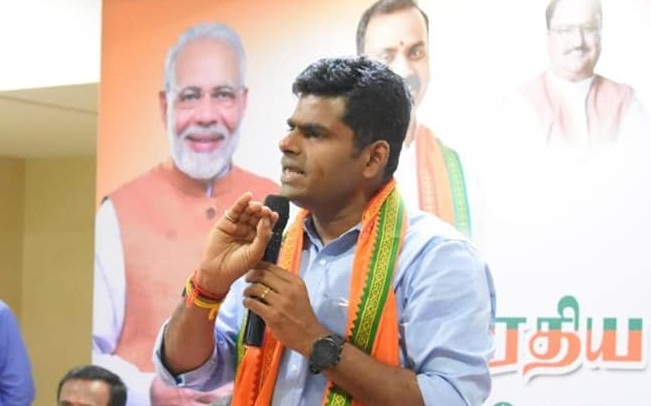 The Chief Minister had in a high-level meeting on Thursday announced that temples would reopen on all days and the earlier order of closing temples on Fridays, Saturdays and Sundays stands nullified.

The BJP’s Tamil Nadu unit has been at the forefront of the agitation to reopen temples, holding protest marches across the state. Senior party leaders, including former Union minister Pon Radhakrishnan, had led the protest marches that were held in front of the famous temples of the state.

Annamalai said in a statement on Friday that the BJP’s protests have bore fruit, as the Chief Minister has announced the opening of temples and other religious places on all days.

This will be highlighted among the party cadres to boost their morale, he added.