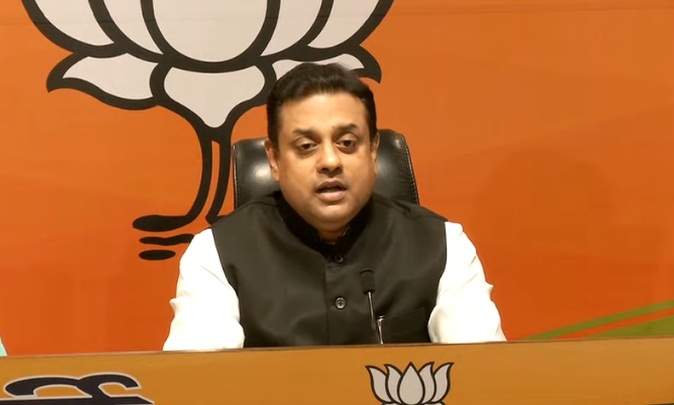 Addressing a press conference, Patra added, “The manner in which top leaders of the Congress party are repeatedly using language and abuses for PM Modi is being seen on TV every day. In such a situation, the Congress has established itself as a party of abusers. Congress leaders called Modi ji ‘lowly’, ‘Yamraj’ and what not. In this way, Congress leaders have completed 100 abuses. It reflects their thinking.”

Condemning Delhi Chief Minister Arvind Kejriwal, he said, “Similarly Arvind Kejriwal tries to make a lie the truth. Just a few days back, Kejriwal said that Manish Sisodia has got a clean chit and the scam that has taken place in the Excise policy is not a scam, but he is not going to be saved.”

He also added, “From Manish Sisodia to many accused have changed mobile phones dozens of times in this case. From this you can guess whether the common man changes mobile phones so quickly.”

The BJP National Spokesperson said, “Large-scale destruction of digital evidence done by Ex-Excise Minister of Delhi, Manish Sisodia; 170 mobile phones destroyed by 36 accused in Delhi liquor scam including him. Manish Sisodia changed four mobile handsets in one day and 14 handsets in 2-3 months after CBI’s FIR against him. He might have consulted Delhi CM Kejriwal, AAP leader Vijay Nair, liquor scam accused Amit Arora and Sunny Marwah to destroy digital evidence. Sisodia has a huge hand in Excise policy scam, investigation is going on, no one can save him.