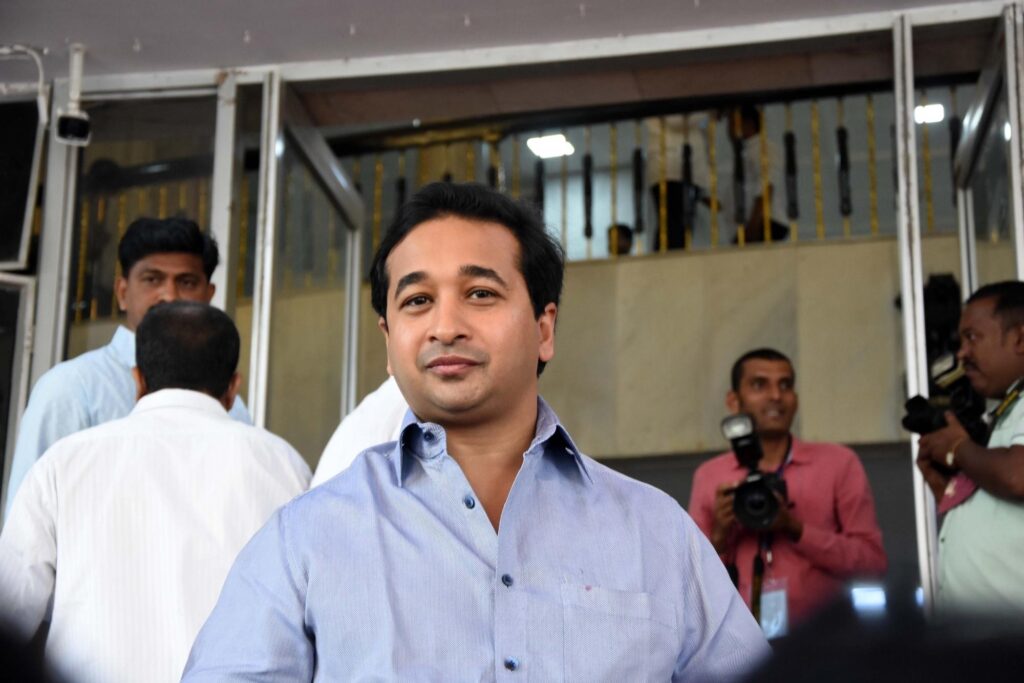 Mumbai : Bharatiya Janata Party MLA Nitesh Rane on Monday raised the issue of water-logging that plagues Mumbai during the monsoon and sought to know the monsoon preparedness made by the state government and BrihanMumbai Municipal Corporation.

In a letter to Chief Minister Uddhav Thackeray, Nitesh Rane, the son of Union MSME Minister Narayan Rane, alleged that every year, the BMC makes claims of taking remedial measures, but nothing happens in the field.

As a result, many areas in the city are flooded and there are reports of people losing their loved ones due to water-logging, he said in his letter, sent ahead of the upcoming BMC elections.

“Shiv Sena, ruling the BMC for more than two decades now has no solution to offer to Mumbaikars who suffer from water-logging in the city during monsoons every year. You want to change the face of Mumbai by painting and beautification, but you ignore the main issues completely. This time, a good monsoon is forecast so one can imagine what is in store for Mumaikars,” said Nitesh Rane.

He brought to the notice of the CM about 386 ‘danger spots’ in Mumbai which are tagged as flooding-prone, of which the sites fall in south central Mumbai’s Matunga, Wadala, and Sion which create havoc if there is continuous rainfall.

Nitesh Rane said that on an average there are 22 days when Mumbai will experience high tides in the Arabian Sea, and if it simultaneously rains heavily on those days, then the city could face havoc equivalent to the great floods of July 26, 2005 that submerged the country’s commercial capital.

“Besides installing pumps at these flood-prone spots, what else have you done to provide relief to Mumbaikars,” questioned the BJP MLA from Kankavli in Sindhudurg district.

He demanded from Thackeray whether the state and BMC have made any advance preparations to resolve these recurring issues and give permanent solutions, or would Mumbaikars have to again suffer and bear floods.

Meanwhile, a senior civic official said that all pre-monsoon works are proceeding at high speed since April and most of it is near completion, though certain chronic or low-lying areas continue to be at risk of water-logging or floods as in the past.

“Besides, in the past few years, the flooding problem is more noticeable owing to the ongoing work of Mumbai Metro lines at various locations, the upcoming Coastal Road Project in south Mumbai, and certain other road projects, but we are taking full counter-measures,” said the officer, declining to be identified.