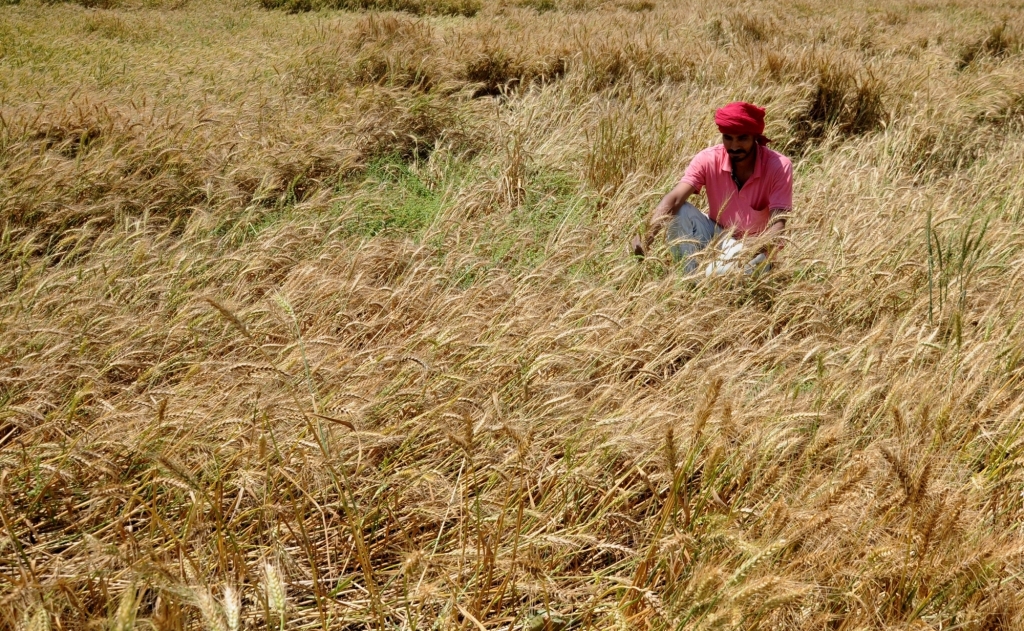 Bhopal : After over a month long battle over the OBC reservation issue, now the ruling BJP and the opposition Congress in Madhya Pradesh have sharpened their attack on each other over the compensation for the damaged crops of farmers due to the unprecedented rain and hailstorm in the state.

Over the last two weeks, the Congress led by former Chief Minister Kamal Nath has been targeting the Shivraj Singh Chouhan-led BJP government over its failure to provide compensation to the farmers whose crops were damaged due to the hailstorm and heavy rain. The Congress leadership has been highlighting the farmers’ grievances, especially the damaged crops and demanding immediate action from the government.

“Crops on over one lakh hectares have been damaged due to heavy rain and hailstorm, directly affecting their livelihood. Even after over a week, they are still looking at the government with hopeful eyes for relief and compensation and in return they are getting only false assurances,” Nath said.

Veteran Congress leader and two-time Chief Minister Digvijaya Singh also accused the state government of not taking an appropriate decision on the compensation to the farmers whose crops got damaged. Singh on Sunday wrote a letter to Chouhan to apprise him about crop damage and sought 20 minutes time to discuss the issue with the Chief Minister.

Digvijaya Singh also threatened that if Chouhan does not meet him by January 20, he will sit on protest at the Chief Minister’s office.

On the other hand, BJP leaders, including Chief Minister Chouhan have been visiting different areas to inspect the damage to the crops and assuring farmers of compensation. In some cases, Chouhan has handed over cheques to the farmers during his visit.

Last week, Chouhan directed the district administrations to launch an inspection drive in the areas where the crops were damaged and prepare an assessment report as soon as possible.

Meanwhile, state home minister Narottam Mishra, who is also the spokesperson of the Madhya Pradesh government, alleged that the Congress leaders always do politics sitting at their homes, instead of visiting the people during natural calamities.

“Kamal Nath is the first such leader of opposition who does not go to the public at the time of natural calamity, and he only keeps doing politics on social media,” Mishra added.