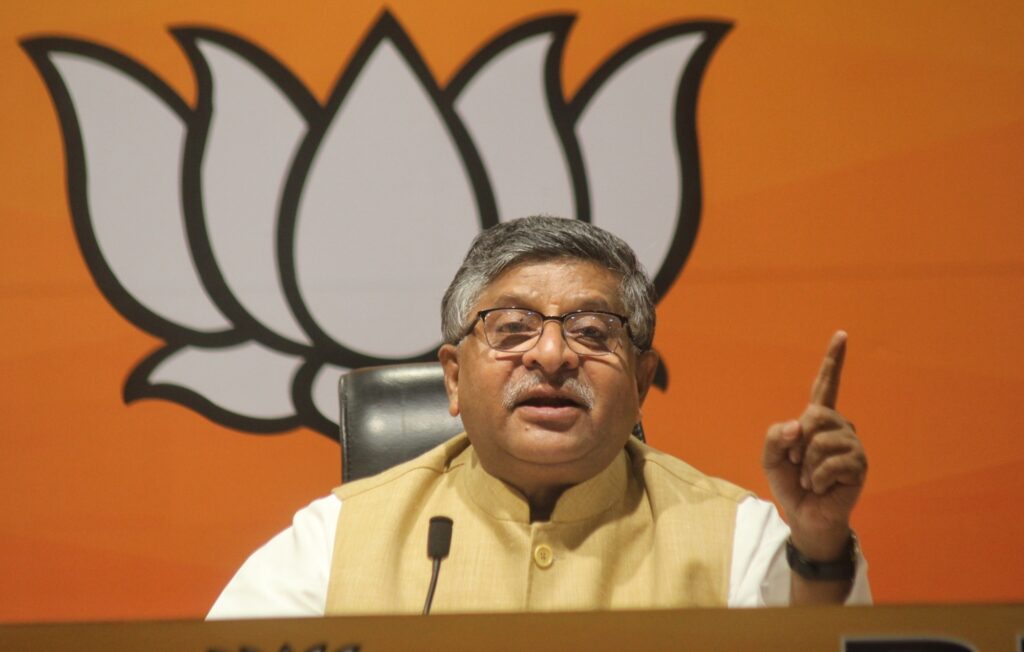 New Delhi, The issue of delivery of subsidized food grains at the doorstep, which has sparked a political war between Delhi’s ruling Aam Aadmi Party (AAP) and the Bharatiya Janata Party (BJP) led Central government, again brought both the parties to a confrontation on Friday.

The fresh standoff between the AAP and the BJP began after Union Minister Ravi Shankar Prasad on Friday attacked Delhi Chief Minister Arvind Kejriwal, calling his doorstep delivery of food grains scheme a ‘jumla’ and accused the AAP of links to the ‘ration mafia.’

Addressing a press conference, the Union Minister also accused the Arvind Kejriwal-led AAP government of not implementing the Centre’s ‘One Nation, One Ration Card’ scheme under which economically weaker sections get subsidised food grains.

“This ration delivery to homes sounds like a novel idea. But, if you check the details you will find loopholes and possibilities for corruption. Is this what Arvind Kejriwal wants? Do you (Kejriwal) want to break the law and fool the people?” Prasad said.

He also accused the Kejriwal government of failing to provide oxygen to the people of Delhi during the peak of the second wave of the Covid-19 pandemic.

“We introduced ‘One Nation, One Ration Card’ based on Aadhaar. People can get their ration at fair price shops anywhere in the country, and can even divide portions with the family back home. Sad to say only three states have not implemented it – Delhi, Bengal and Assam,” Prasad added.

Later, responding to the charges, Delhi Deputy Chief Minister Manish Sisodia said the oxygen shortage in Delhi was the failure of the Centre and not the Delhi government.

Addressing a digital press conference, Sisodia said, “People were knowing that BJP means Bharatiya Janata Party, but now it has become ‘Bharatiya Jhagda Party. BJP’s leaders do nothing but abuse the opposition. Every time, they will fight with state governments, instead of helping the states in development issues.”