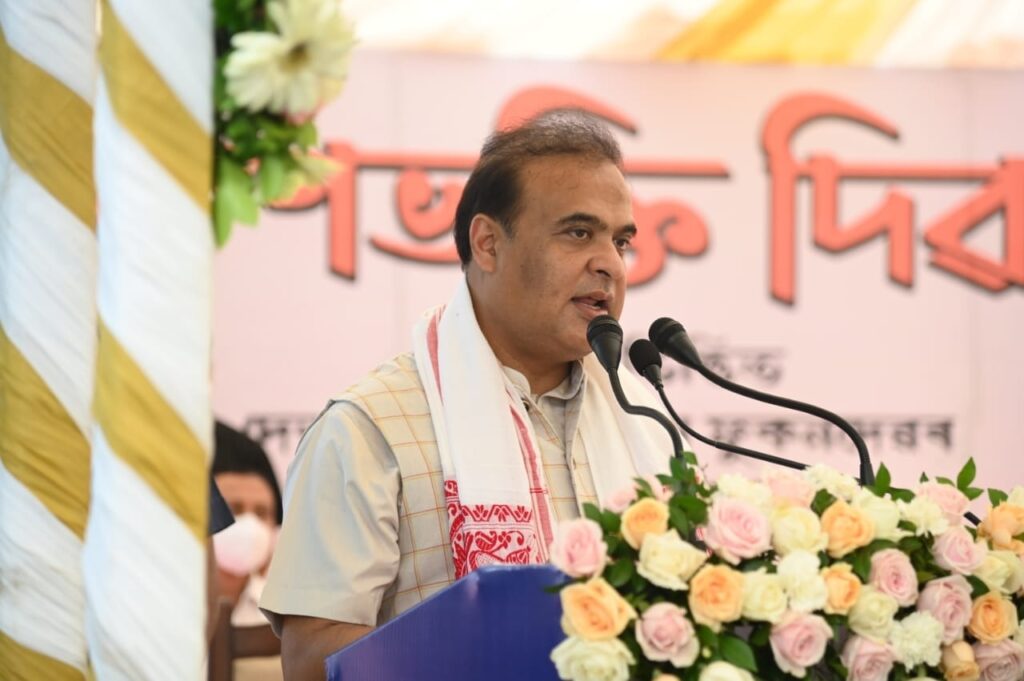 Guwahati: Assam Chief Minister Himanta Biswa Sarma on Monday asked the police to withdraw an FIR against Mizoram Rajya Sabha member K. Vanlalvena which was lodged in the wake of the July 26 border row.

In the wake of the July 26 clashes, the Assam Police had issued summons to K. Vanlalvena and six Mizoram state officials for their alleged role in the violence.

In a series of tweets on Monday, Sarma said: “To take this goodwill gesture ahead, I have directed the Assam Police to withdraw the FIR against K. Vanlalvena, Hon’ble MP, Rajya Sabha from Mizoram.

“However, cases against other accused police officers will be pursued. He (Vanlalvena) was not in that area on that day. We had booked him only for provocative statements.

“I have noted statements in the media by Hon’ble CM Zoramthanga wherein he has expressed his desire to settle the border dispute amicably. Assam always wants to keep the spirit of North East alive. We are also committed to ensuring peace along our borders.”

Monday’s development came a day after Union Home Minister Amit Shah on Sunday spoke to the Chief Ministers of Assam and Mizoram and requested them to resolve the border issue amicably through meaningful dialogue.

Regarding thewithdrawal of the FIR, Assam Police’s Special Director General G.P. Singh also in a tweet, said: “This has been done at the instruction of Hon CM Office, Assam Sri Himanta Biswa Sarma in the interest of de-escalation of the tension along the border.

“However, criminal proceedings against erring police personnel of Mizoram Police and other miscreants shall continue.”

Mizoram Chief Secretary Lalnunmawia Chuaungo on Sunday that following Zoramthanga’s advice, the state administration would “relook” into the FIR registered against Sarma.

He said that Zoramthanga did not approve of the inclusion of Sarma’s name in the FIR, adding that he too was not properly aware of the Assam Chief Minister’s name being included in the FIR before it was lodged.

Besides Sarma, who is accused of “attempt to murder and criminal conspiracy”, six other officials, including an Assam IGP, DIG and the Deputy Commissioner and Superintendent of Police of Cachar district and 200 unidentified Assam Police personnel, were named in the FIR lodged at the Vairengte police station in Kolasib district on July 26.

Chuaungo also said that the state government had taken up the issue of “economic blockade in Assam”, which stopped supplies, including transport fuels, with the Union Home Ministry.

The most violent clashes, seen so far, along the Assam-Mizoram border on July 26 left six Assam Police personnel dead and around 100 civilians and security personnel of the two neighbouring states injured, including an Inspector General of Police in Assam and Cachar Superintendent of Police Vaibhav Chandrakant Nimbalkar, who subsequently shifted to Mumbai.