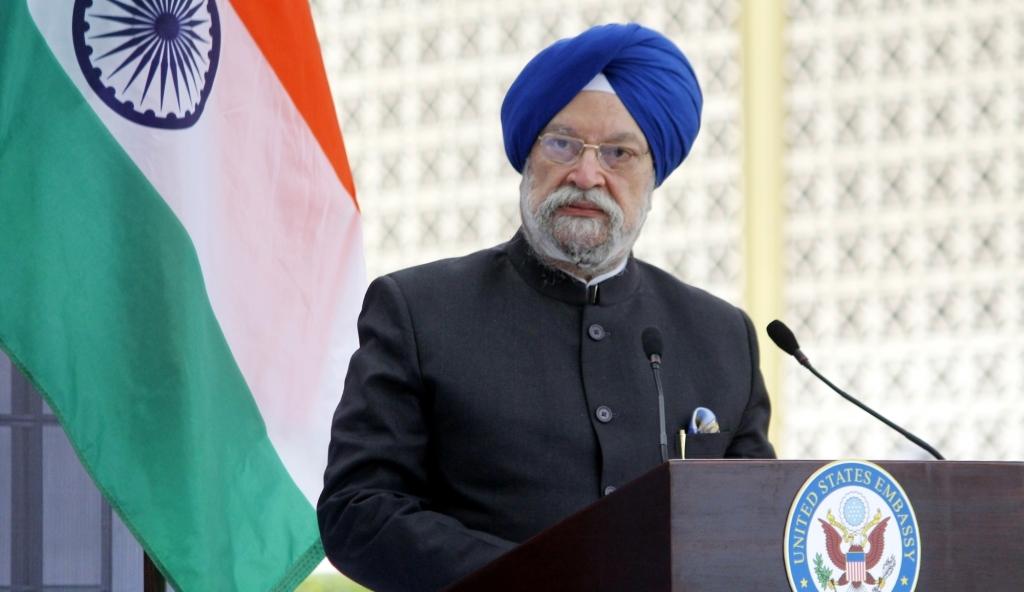 Puri dug out a two-year-old tweet by Bollywood singer-actress Suchitra Krishnamoorthi with a Santa-Banta joke: “Banta sent a letter to Civil Aviation Minister: Sir, it is my humble request that the new airport in Navi Mumbai should be named ‘Bantacruz’, since my brother has already one airport named after him ‘Santacruz’.”

The existing Chhatrapati Shivaji Maharaj International Airport (CSMIA) here was previously known as ‘Santacruz Airport’ because of its proximity to the Santacruz railway station and also the suburb bearing the same name.

Reposting the celeb’s tweet, diplomat-turned-politician Puri gave an amusing repartee: “The Ministry of Civil Aviation receives many requests for naming and renaming of existing and under construction airports. To lighten the mood a bit, I want to inform my friend Banta that his formal proposal has not yet been received by us!”

Navi Mumbai saw massive protests on Thursday afternoon with thousands demanding that the upcoming new airport there should be named after popular local leader and parliamentarian, the late D. B. Patil.

While the Shiv Sena wants it to be named after the party’s founder, the late Balasaheb Thackeray, there are demands in favour of the father of Indian civil aviation J. R. D. Tata and even the state’s longest-ruling chief minister Vasantrao Naik, the Opposition Maharashtra Navnirman Sena wants it to retain the name CSMIA as it is an extension of the CSMIA Mumbai airport, and some sections want its identity to be retained as NMIA to distinguish between Mumbai and Navi Mumbai.