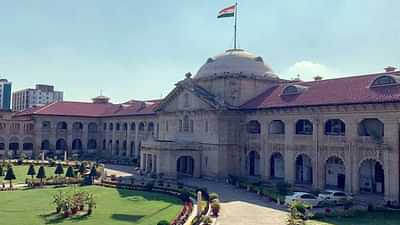 Lucknow: In a scathing attack on the Election Commission, the higher courts and the government, the Allahabad High Court has said that they “failed to fathom the disastrous consequences” of permitting elections in a few states and the panchayat election in Uttar Pradesh.

A single-judge bench of Justice Siddharth Verma made these observations on Monday while granting protection from arrest ‘on special grounds’, till January 2022, to a builder based in Ghaziabad.

A case had been filed against the builder by Uttar Pradesh Police over an alleged property possession default.

The order also listed out what the special grounds were, saying “the apprehension of death on account of reasons like the present pandemic of novel coronavirus can certainly be held to be a ground for grant of anticipatory bail to an accused”.

In detailed observations, part of the 18-page anticipatory bail order, the court highlighted how Covid has now reached villages in Uttar Pradesh, with the recent panchayat election in the state, contributing to the surge.

“The state government is having a tough time in controlling the spread of novel Coronavirus in urban areas, and it would be very difficult to conduct the test, detect and treat the village population found suffering from the disease. The state lacks preparation and resources for the same at present,” the Allahabad High Court said.

The court also pointed out that the UP panchayat polls contributed to the Covid surge.

The court further observed that “On account of the recent panchayat elections in the state, a large number of FIRs have been lodged in the villages. Even otherwise, the crime rate in the village is quite high in the state. Keeping in view the overall situation of the villages after the panchayat elections, a large number of accused persons may be infected and their infection may not have been detected.”