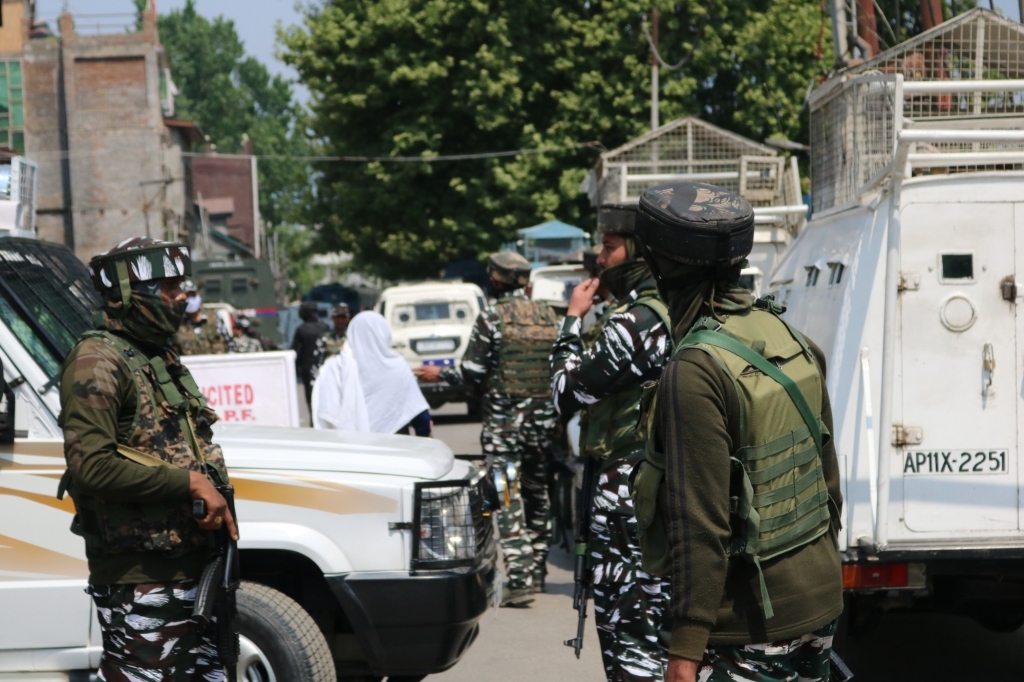 Srinagar : Two terrorists have been killed in an ongoing encounter with security forces at Mishipora area of South Kashmir’s Kulgam district, officials said on Thursday.

After a lull of two days the encounter that started between terrorists and security forces at Kulgam district on Tuesday resumed on Thursday.

It is the second encounter in Kashmir on a single day.

Earlier on Thursday, an encounter broke out between terrorists and security forces at Kokernag area of South Kashmir’s Anantnag district.

There have been a series of encounters in Kashmir over the last few months in which many terrorists and their commanders have been eliminated.

Most of the operations have been jointly conducted by the police and the army on the basis of specific intelligence inputs.