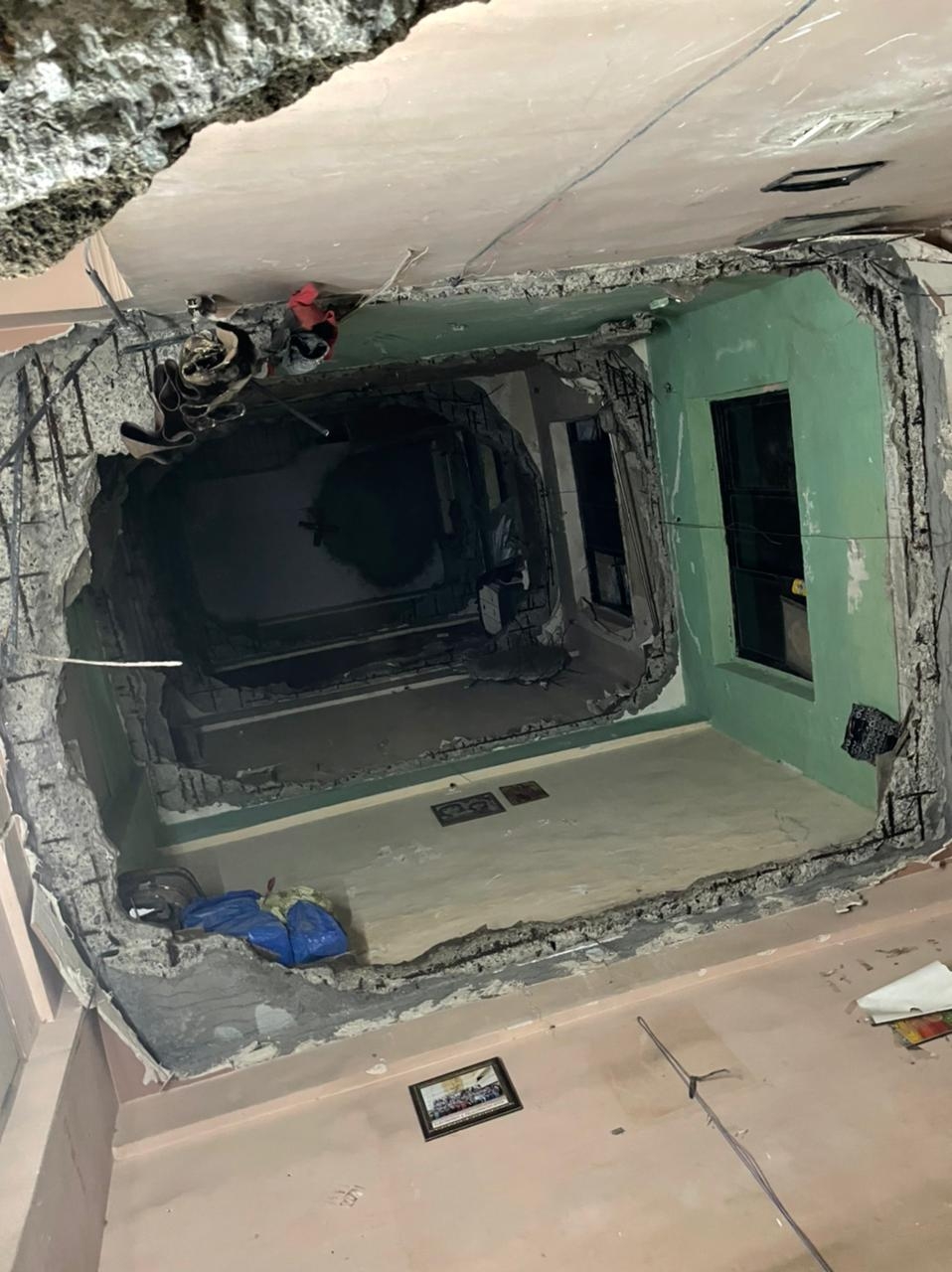 Thane: At least 7 persons including 3 women from two families were killed when the slabs of the upper floors of a 6-storied building crashed in Ulhasnagar late on Friday night, and a search continues for some more feared trapped in the rubble, officials said here on Saturday.

The tragedy struck the 26-year-old Sai Shakti Building with 29 flats, in Nehru Chowk area of the town, and it’s the second such incident in less than a fortnight.

Around 9 pm, locals said that there some sudden rumbling sounds, vibrations and then the massive slabs from the living room areas of the building suddenly crashed down.

The Ulhasnagar Fire Brigade, along with Thane Fire Brigade and Thane Disaster Rescue Force, police and other agencies rushed to the spot and recovered the bodies of the victims from the debris early today.

Thane Guardian Minister Eknath Shinde visited the tragedy site this morning and announced Rs.5-lakh compensation for the kin of all those who perished in the mishap and the civic authorities have ordered a probe into the incident.

This is the second major house crash in the town, coming barely a fortnight after a portion of the Mohini Palace building collapsed killing 5 and injuring another 7 on May 15.

Rescue efforts are still underway to trace out some more persons feared buried in the debris of the slabs of Sai Shakti building today.