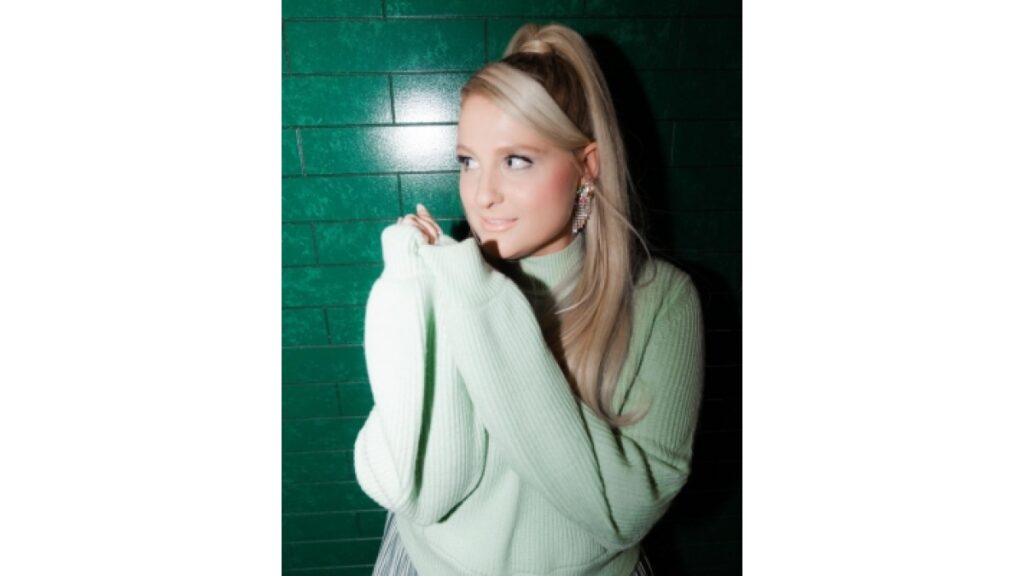 Los Angeles : Singer Meghan Trainor once visited a sex shop “for a friend” but was caught by the paparazzi and rapped about the incident in a new TikTok video.

The 28-year-old pop star, who has been married to ‘Spy Kids’ actor Daryl Sabara since 2018 and has 19-month-old Riley with him, was snapped visiting the Romantix Adult Store in Los Angeles back in 2018 and took to social media to explain the meaning behind the “embarrassing” viral images with a rap written to the tune of Nicki Minaj hit ‘Super Freaky Girl’, reports femalefirst.co.uk.

She rapped: “One thing about me is that four years ago I went in a sex shop and got paparazzi’d with my husband named Daryl – the ‘spy kid’ Juni. And it was embarrassing.”

The ‘Lips Are Movin’ songstress went on to express through the rap that while her mother was not pleased when the images made the press, it was all “worth it in the end” because her friend had a good experience.

In the video posted to TikTok, she rapped: “But the sad thing was, my husband decided to wear his feet shoes, and the paparazzi got a picture of it. The world saw, and it was after a workout. We didn’t look good. We kind of looked sad, and it went viral. My mother was p*****. My friend had good sex, so it was worth it in the end.