Actor Idris Elba doesnt believe in “censorship” of racist old sitcoms, and says viewers should know that people made such shows.

The actor opened up about diversity in television and the need for change in an interview with Radio Times, reports dailymail.co.uk.

“I’m very much a believer in freedom of speech. Instead, there should be a ratings system warning viewers that a film or show has outdated, insulting viewpoints,” he said.

Without referring to any specific programme, Elba said: “To mock the truth, you have to know the truth. But to censor racist themes within a show, to pull it… I think viewers should know that people made shows like this. Commissioners and archive-holders pulling things they think are exceptionally tone-deaf at this time – fair enough and good for you.

“But I think, moving forward, people should know that freedom of speech is accepted, but the audience should know what they’re getting into. I don’t believe in censorship. I believe that we should be allowed to say what we want to say. Because, after all, we’re story-makers,” he added.

The actor feels boosting diversity needs a change in attitude.

“Money helps,” he said, adding: “It’s a shift in attitude, in perspective, in tolerance. And you can’t put an amount on that.”

His comments come after many classic sitcoms including “Little Britain” and “Fawlty Towers” were removed from streaming services including Netflix. The shows were criticised because of the use of blackface make-up in some sketches. 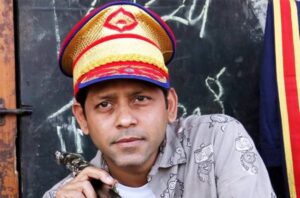