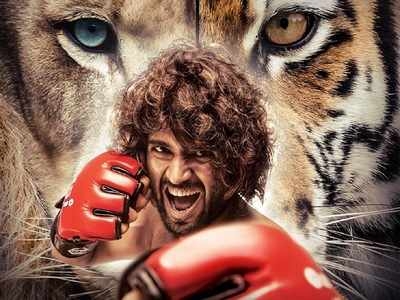 Hyderabad : The makers of Vijay Deverakonda-starrer ‘Liger’ plan to ring in the New Year with the release of behind-the-scenes stills from the movie while they will also unveil a special Instagram filter on December 30.

The makers of Vijay Deverakonda and Ananya Panday-starrer ‘Liger’ have kickstarted the promotions as they usher in the first glimpse of ‘Liger’.

In the video released by the team, the voice-over hints at the release date of the first glimpse of the movie.

“Witness The Madness. Unleashing The Beast To The Nation… Glimpse On December 31st at 10:03 AM”, the message conveys.

‘Liger’, which deals with Mixed Martial Arts, is nearing completion.

In association with the banner Puri Connects, the film is being produced jointly by Karan Johar’s Dharma Productions.

Puri Jagannadh, Charmme Kaur, Karan Johar, and Apoorva Mehta together are the producers.

Ramya Krishnan and Ronit Roy play important roles in ‘Liger’, which is being made in Hindi, Telugu, Tamil, Kannada, and Malayalam.

‘Liger’ is slated for release in theatres worldwide on August 25, 2022.