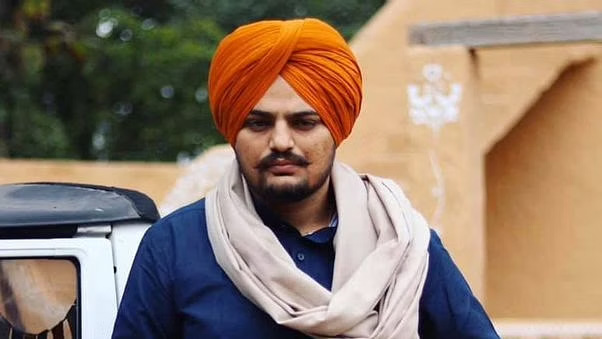 New Delhi,“The situation is not in our favour these days… For some time you carry out your work from inside the central jail, do not worry about anything,” Nana Patekar told Ajay Devgan in the 2005 Bollywood flick ‘Apaharan’.

Patekar and Devgan both played gangsters in the film and in the aforementioned scene, the former was asking the latter to spend some time in a prison, as if it is a safehouse for gangsters and not a place where criminals are lodged.

The movie in the beginning also mentions that all characters and incidents in the film are fictitious and any resemblance to any person — be it living or dead — is purely coincidental. The public believed the director’s version as such things can only happen in reel life, and not in the real world.

However, incidents like the killing of acclaimed Punjabi singer Sidhu Moosewala have made the people rethink whether the movie was just a figment of imagination of the script writer or a reality.

Soon after the brutal murder of Moosewala, Punjab Police had made apprehension that jailed gangster Lawrence Bishnoi could be behind it.

Since then, the Special Cell of Delhi Police took the custody of Bishnoi, who was at that time lodged in the high-security Tihar Jail in a MCOCA (Maharashtra Control of Organised Crime Act) case. He is allegedly involved in more than five-dozen criminal cases lodged against him in Delhi, Haryana, Rajasthan and Punjab and had once even threatened to kill Bollywood star Salman Khan.

While reports kept coming everyday regarding the involvement of Bishnoi in Moosewala’s killing, the police could not finding anything concrete in the matter to divulge the information with the media.

It was also reported that Lawrence Bishnoi was not cooperating with the police.

The special cell kept probing Moosewala’s murder and it was due to the ground work of its personnel that it was able to identify the eight shooters who carried out the dastardly attack on the Punjabi singer.

Ten days after the murder of Moosewala, Lawrence Bishnoi’s role in the crime was openly announced by the police. On June 8, the special cell made the startling revelation that “Lawrence Bishnoi was the mastermind behind the singer’s killing”.

But isn’t he in jail? How can an inmate who is lodged in Asia’s largest prison — the Tihar Jail, having stringent security apparatus — carry out such meticulous planning from inside the prison?

During the media briefing on June 8, Special Commissioner (special cell) H.S. Dhaliwal said that it was a brazen and well-planned murder having organised dimensions.

The police refrained from divulging any details regarding this, saying the matter is still under investigation and hence cannot be shared with the media.

Was Bishnoi getting any outside support inside the prison? Was he in contact with his gang members who are still out? And if yes, then how? The questions, unfortunately, are still unanswered.

The Tihar Jail has received much humiliation in the past one year.

In 2021, over 40 jail officials were booked by various law enforcement agencies for extending benefits to the prisoners in one or the other way.

First it was the Chandra brothers — Ajay Chandra and Sanjay Chandra, former promoters of Unitech — who “utilised the services” of the accused officials and then the silk stocking multi-millionaire conman — Sukesh Chandrashekhar, who is accused of duping businessmen, politicians and celebrities — used the services of another lot of officials in the jail.

The conman was reportedly paying Rs 75 lakh per fortnight as bribe for just using a mobile phone.

Since this fiasco, three new towers were installed inside the jail premises that confine mobile signals emanating from the prison so that the inmates could not use electronic gadgets. Apart from mobile towers or jammers, over 7,000 CCTV cameras were installed in all the jails to keep a close eye on the inmates.

But despite all the stringent measures in place, Lawrence Bishnoi was able to orchestrate the killing of Moosewala from inside the prison.