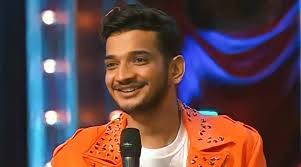 Mumbai: ‘Lock Upp’ season 1 ended with the announcement of the winner after 72 days of excitement. Munawar Faruqui, who was widely regarded as one of the leading contenders for the prestigious trophy, was declared the winner.

Munawar defeated Payal Rohatgi and Anjali Arora to win lockup for the first time. While talking about the well-known comedian, Queen Kangna Ranaut said “The way Munawar has made use of this platform in a positive way is commendable. Many people hated him, but now maximum people love him. You have shown your emotions beautifully.”

Munawar Faruqui, the winner, not only receives a cash prize of Rs. 20 lakh and a car, but also an all-expenses-paid trip to Italy. Before he was named the winner, Payal, Munawar, and Anjali made it to the top three.