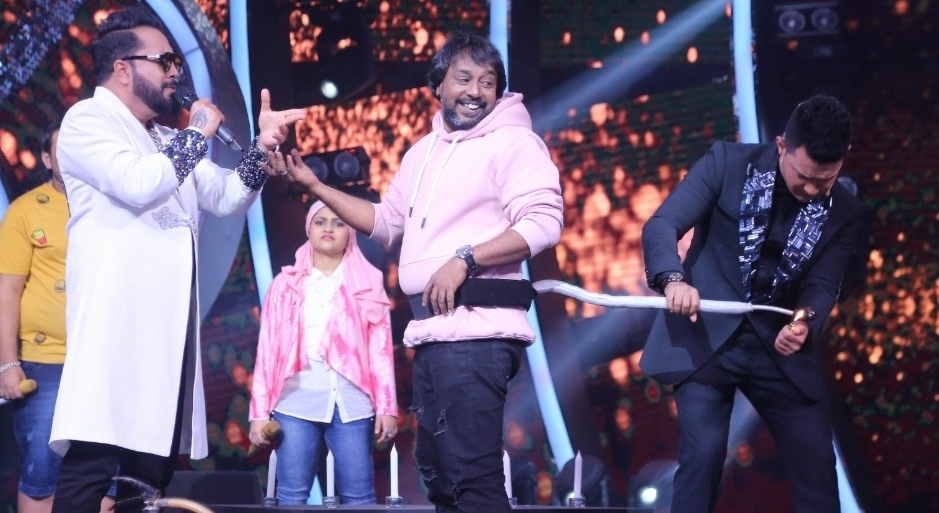 Mumbai : Singer Mika Singh and host Aditya Narayan tickled the funny bone of many as they made the ‘Sa Re Ga Ma Pa’ jury members do some peculiar tasks during the shoot of the show.

This Sunday’s episode of the popular reality show will see musical maestro Mika setting the stage on fire with his energetic performances and spicy anecdotes.

However, it will be the contestants who will win everyone’s hearts as they take on special tasks from the mentors during this ‘Jury Challenge Episode’. Each contestant had to sing a song in the manner the jury members ask them to during the shoot. While every participant won their hearts, in a surprising twist, Mika Singh turned the tables on the jury.

Mika and Aditya challenged the jury members to also complete some peculiar tasks during the shoot.

While mentor and singer Bhavna was given a quest to eat a few red chilies, Prashant Singh was given a mission to chop his ponytail.

The toughest task that they gave was to lyricist Shabbir, who had to wear an artificial tail with the edge on fire and he had to light candles with it.

Mentor Arvinder Singh also faced an aerial challenge where he was tied up with a rope.

The light-hearted game was taken sportingly, and each mentor tried their best to complete it with hilarious consequences.

‘Sa Re Ga Ma Pa’ airs on Saturday and Sunday on Zee TV.