Sai Tamhankar was interacting with media at the press meet of Zee Maharashtra Kusti League along with Nagraj Manjule and Swapnil Joshi on Friday in Mumbai.

“Kusti originated in India, but it is not as popular or glamourised. We want Kusti to reach every part of the country, hoping that a Maharshtrian player would bring gold medal for India in the Olympics,” said Tamhankar.

Sharing her association with Zee Maharashtra Kusti League, Tamhankar said, “I am representing Kolhapuri Mawle in this Kusti (Wrestling) league. I personally belong to Sangli which is also part of western Maharashtra alongside Kolhapur. Kolhapur is very famous for Kusti so, I am feeling really happy.”

About her upcoming Marathi film, Tamhankar said, “It’s a directorial debut of Alok Rajwade. It is being premiered at MAMI Film Festival. It’s a Marathi film called ‘Ashleel Udyog Mitramandal’. Apart from that, I can’t reveal much.”

It is produced under the banner of RRP Corporation, and is also selected at MAMI (Mumbai Academy of the Moving Image) Film Festival in Mumbai. 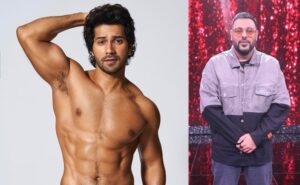