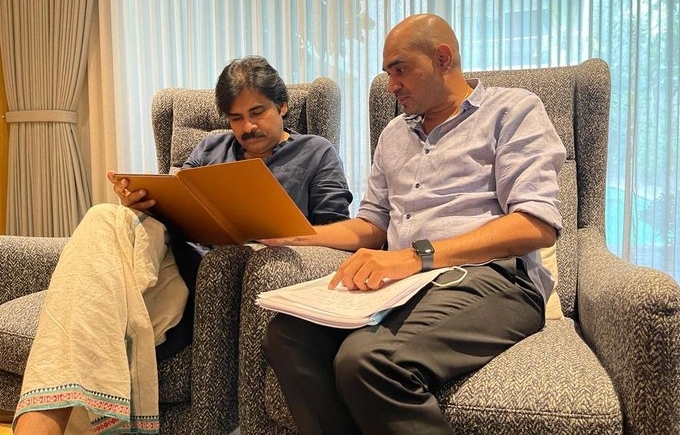 Hyderabad : Pawan Kalyan’s much-awaited ‘Hari Hara Veera Mallu’ is to go on the floors as director Krish posted a picture of the two discussing the movie.

Krish conveyed that the upcoming schedule is going to be an exciting one, as he posted the same on his social media pages.

“An amazing day of script reading session with one and only #HariHaraVeeraMallu. Gearing up to commence an exciting schedule in the new year”, Krish wrote.

The ‘Kanche’ director also posted a picture of himself working with Pawan Kalyan. The duo is seen discussing the script, as they have a couple of files and documents in their hands.

The major part of the movie will be shot in this schedule, which is to start after Sankranthi, 2022.

Krish has readied an interesting story, which is to feature Tollywood ‘power star’ Pawan Kalyan in the role of a warrior.

Billed as an epic movie, ‘Hari Hara Veera Mallu’ is bankrolled under the Mega Surya Production banner, while A.M. Rathnam presents the movie.

Dayakar Rao A. is the producer for ‘Hari Hara Veera Mallu’, while M.M. Keeravani composes the music.