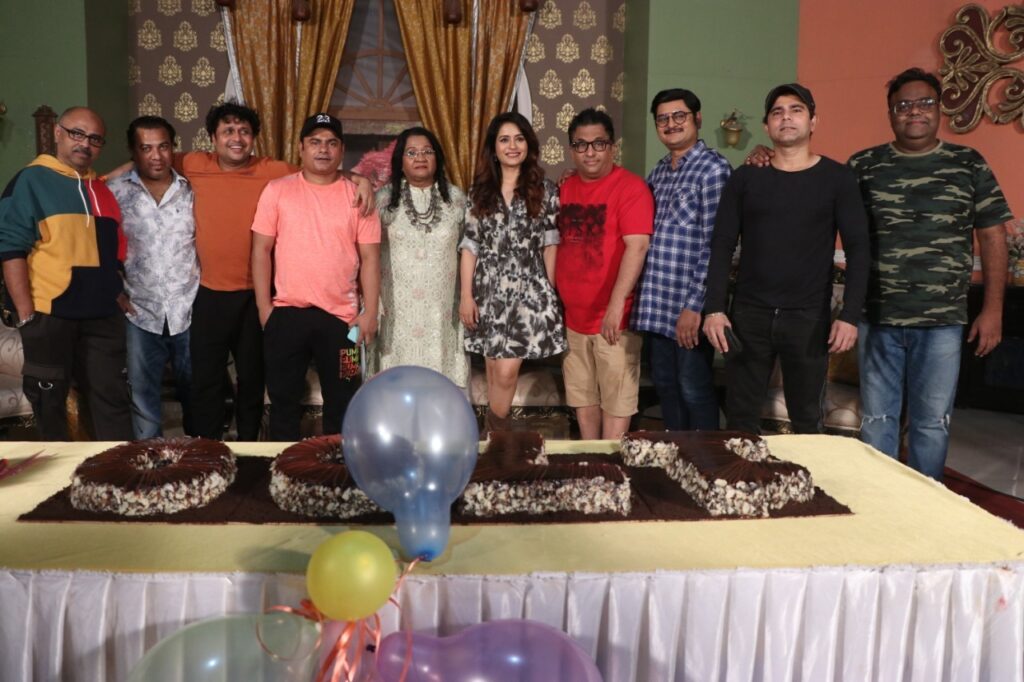 Producer couple Sanjay &  Binaiferr Kohli’s show “Bhabiji Ghar Par Hai!” recently completed 1700 episodes and the former calls it their favourite creation. He said, “It’s a very overwhelming feeling whenever a show of ours creates a milestone and ‘Bhabiji Ghar Par Hai!’ has been the number one show since day one.”

“It’s like our favourite creation, which has been able to make a mark of it’s own. And I can say this that my channel team, creative team , actors, technicians and my team are so hardworking and dedicated and so passionate about their craft that it reflects in these numbers,” he added.

The show features Aasif Sheikh, Rohitashv Gour, Shubhangi Atre and Nehha Pendse in lead roles. It revolves around neighbours Tiwaris and Mishras who try to woo each other’s wife with their funny antics. Talking about the casting of the show, Sanjay said, “I think it’s all Karma. I feel with our show that somehow all the right people always come together and create a show which makes history.”

Sanjay is called the “King of Comedy” and all of their shows have performed really well on the television. He feels that it’s because they like to create content which is fit for family viewing.

“Everyone is good at something good, fortunately we are good at making people laugh. And we have only become better with time. We create the kind of content we would want to see while sitting with our family, and I feel when you create something with that mindset the result is very good. The audience’s review and their likings also play a huge role,” he said.

“We are thankful to our audience for their immense love and support,” he added.

So what can we expect next from “Bhabiji Ghar Par Hai!”? “More fun, more laughter,” Sanjay concluded.