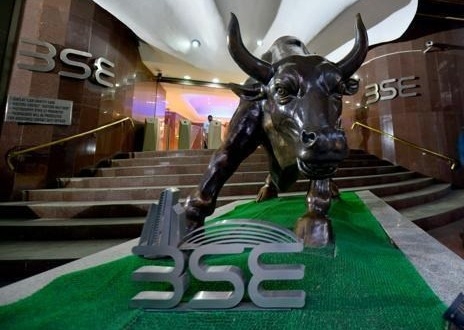 New Delhi, As India’s Insolvency and Bankruptcy Code (IBC) evolves at a fast pace, a hard nut to crack for the market regulator has come up with regulations in terms of trading in the shares of companies going through resolution under IBC.

Several concerns have been raised in terms of trading in the stocks of insolvent companies as many of them gained substantially amid the bull run in the past one year.

Amid concerns for public shareholders and the need for transperancy, the capital market regulator has also enhanced the disclosure norms for companies under bankruptcy and they now have to inform the exchanges on any approved resolution plan.

Ashish Chhawchharia, Partner and National leader – Restructuring Services, Grant Thornton Bharat, is of the view that trading in shares of insolvent comapanies should be suspended.

“In several markets which have a mature insolvency regime, trading of shares of insolvent companies is immediately suspended upon commencement,” he said.

He noted that while there is some merit in continuing trading to allow exit mechanism for small shareholders, the same investors can also be susceptible to high risks due to speculation. Overall, it may be better to suspend trading of such companies, Chhawchharia .

Manoj Kumar of Corporate Professionals said that although there are such concerns regarding the promoters, most of the times promoter shares are pledged in light of the financial stress of the bankrupt company.

“Existing promoters can also play, obviously, but in most of the cases their shares are pledged so they cannot sell it and obviously they dont want be in light. They might be playing but off the book shareholding, if any,” he said.

Kumar noted that earlier there was no mention on the sites of the stock exchanges or the brokerage firms that the company is under insolvency, but now the insolvency status of the company is informed on the sites, which is a move in the right direction as it would inform the shareholders and retail investors and they can take a calculated risk.

Regarding the option of suspending trade on the shares of an insolvent company, he said that such a move would be “very harsh because just before the day who might have bought would not have any opportunity to sell”.

Experts are also of the view that disclosure of all applications received for acquisition of insolvent companies may also not turn out fruitful as there might be instances in which the applicants are frivolous or bogus.

Therefore, sector experts feel that it is a very tough situation to handle.

“It is a very dicey situation. Nobody knows what will happen ultimately. In some situation company goes into liquidation, some becomes delisted, and some companies majority of thes shares are extinguished and minor shares are given to the public shareholders. Still people want to take risk, there is a dilemma with the regulator,” Kumar.

Companies which are undergoing insolvency with their shares trading on the stock exchanges include Jet Airways, and Jaypee Infratech.

Shares of Jet Airways on the BSE surged over 350 per cent in the past one year and those of Jaypee Infratech have increased over 100 per cent during the period.

Another matter which the Securities and Exchanges Board of India has taken cognisanse of and come up with strict regulations is that regarding public shareholding of companies which have been resolved under IBC.

Last December, the capital market regulator tweaked the minimum public shareholding norms for listed companies facing bankruptcy under the IBC and which get relisted on the stock market.

Now, such companies are mandated to have at least 5 per cent public shareholding at the time of their admission to dealing on stock exchange, as against no minimum requirement earlier.

The lock-in on equity shares allotted to the resolution applicant under the resolution plan shall not be applicable to the extent to achieve 10 per cent public shareholding within 12 months.

Concerns were raised after shares of Ruchi Soya a whopping 8,800 per cent during January-June last year.

Shares of Orchid Pharma also have been on a dream run as they have surged a mammoth 9,000 per cent since their relisting on the exchanges last November, after the company’s resolution under the IBC.