New Delhi,  A likely surge in freight demand as economic activities return to normal will contain the fall in fleet operator revenue to 15 per cent this fiscal, domestic rating agency Crisil said on Friday.

The agency said that though operators revenue fall may be contained, lower fleet utilisation and limited ability to pass on higher fuel cost will moderate their operating profitability by 240-260 basis points (bps).

The analysis is based on Crisil rated 48 fleet operators predominantly in trucking operations.

The impact on credit profiles of these operators, however, is expected to be limited over the medium term given the liquidity buffer created by the moratorium on loan repayments allowed by the Reserve Bank of India and the likely rebound in freight demand in the second half of this fiscal.

According to Nitin Kansal, Director, Crisil Ratings, “With the gradual unlocking of industrial and economic activities, fleet utilisation should improve to 80-90 per cent of the pre-pandemic levels during the second quarter. Demand for diesel has already rebounded 80 per cent and e-way bills generation 90 per cent by July. Recovery to business-as-usual is possible in the third quarter if things keep improving.”

But improving fleet utilisation alone won’t restore sector profitability. Fuel constitutes more than 50 per cent of the operating cost. While diesel prices are 12-14 per cent higher on-year, freight rates on major metro routes have not yet increased commensurately.

Such limited ability to pass on higher cost and sub-optimal load balancing on key routes would keep the profitability of fleet operators under pressure, Crisil said.

The operating margin is expected to slip 240-260 basis points (bps) year-on-year to 5.3 per cent this fiscal, casting a shadow on their credit metrics, the rating agency’s report added.

Nitesh Jain, Director at Ratings, said: “The credit metrics of fleet operators will moderate this fiscal. We expect interest coverage and debt service coverage ratio (DSCR) – after factoring in the moratorium – “to slide to 3.0 times and 1.2 times, respectively, compared with 4.0 times and 1.8 times last fiscal. So cash accruals will be impacted in the first half, but the moratorium will lend some cushion.”

Improvement in cash flows in the second half as demand normalises, and judicious capital expenditure should limit the impact on credit profiles. That would put fleet operators in a better position to meet debt obligations as average DSCR for the sector is expected to be comfortable at 1.5 times for the second half of this fiscal.

The Crisil analysis is based on large fleet operators (average revenue of Rs 300 crore in fiscal 2020) having better resilience. Those with relatively fewer owned trucks in their fleet will fare better on coverage of fixed costs compared with those with more. The forecast presumes a base-case scenario of GDP contracting 5 per cent. The dynamics could change as the situation is evolving continuously. The pace of economic recovery, diesel prices, and freight rates will be the key monitorables. 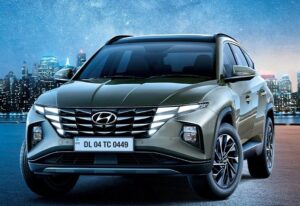