Chennai, Suspense continues over the next course of action at the Kerala-based Dhanlaxmi bank, a day after the shareholders voted out Managing Director (MD) and CEO Sunil Gurbaxani at the annual general meeting (AGM) on September 30, said industry officials.

“The bank has communicated the matter to the Reserve Bank of India (RBI) about the shareholders’ decision at the AGM to vote out Gurbaxani. The bank Board has sent to RBI its decision to form a Committee of Directors (CoD) to manage the day-to-day affairs of the bank till a new Managing Director and CEO is appointed,” a source  preferring anonymity.

On the other hand Gurbaxani has not put in his papers after the shareholders voted him out.

Gurbaxani, too, is waiting for the RBI’s decision on the issue, saying he was appointed by the Central bank.

Gurbaxani chose to be silent when asked for comments .

Industry experts  that though a bank is governed by the Companies Act and the Banking Regulation Act, the latter overrides the former in case of any conflict of provisions.

It has to be seen whether the RBI will direct Dhanlaxmi bank to call another AGM as per the provisions of the Banking Regulation Act. If this happens the issue of shareholder democracy will also come into play.

There is already a view that the RBI seems to be micro-managing Dhanlaxmi bank by directing it to remove a former Chief General Manager appointed as an adviser.

Gurbaxani was appointed as Managing Director and CEO of the bank for a period of three years from February 27, 2020.

Of the 10 resolutions moved at the AGM, the shareholders had passed nine and defeated one.

This is the second private bank where the shareholders have voted against the appointment of the Managing Director and CEO in recent days.

On September 25, the shareholders of Lakshmi Vilas Bank (LVB) had voted out seven directors, including the Managing Director and CEO, in the AGM. However, in the case of LVB the RBI had asked the Directors to form a CoD on the same day.

The RBI on September 28, 2020 had appointed Dhanlaxmi bank’s General Manager at the Bengaluru Regional Office D. K. Kashyap as an Additional Director of Dhanlaxmi bank for a period of two years.

However, in a letter to RBI Governor Shaktikanta Das, the General Secretary of the All India Bank Employees’ Association (AIBEA) C. H. Venkatachalam said it is hoped the move will strengthen effective monitoring and control by the RBI over the affairs of Dhanlaxmi bank.

Venkatachalam also suggested to Das that while appointing a new Managing Director and CEO for Dhanlaxmi bank, the RBI should keep the entire background and context in view and select a person who is familiar with the bank, its customers, depositors and shareholders as well as over nine decades of its existence. 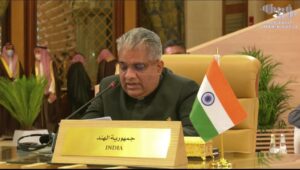 ‘COP26 should be for delivery of concrete actions on finance, technology transfer’