Lucknow : The Carpet Export Promotion Council (CEPC) has decided to organise a national and international level carpet fair in October this year.

The fair was not organised for two years due to the pandemic. The idea behind the fair is to bridge the gap between Indian handmade carpet products and their demand across the globe during the pandemic period.

Chief Minister Yogi Adityanath while speaking at the Carpet Expo Mart on Saturday, said that Bhadohi has emerged as a boon in tough times by bringing sellers and buyers under one single roof.

Earlier, Bhadohi’s carpet producers were forced to take their products to Delhi or other places in order to sell them, however, the Carpet Expo Mart has infused fresh life into the world-renowned Bhadohi carpet industry of handwoven carpets by attracting buyers nationally and internationally.

The carpet industry plays a crucial role in supplementing the economy of districts like Bhadohi, Varanasi and Mirzapur.

Over 1,500 registered companies are engaged in the work of making and exporting carpets in these three districts. It has linked the lives of more than 2 lakh weavers and their nearly 10 lakh families in Bhadohi and Varanasi region alone. With the launch of Carpet Expo Mart, carpet producers have saved a lot of their income.

Since the launch of the Carpet Expo Mart, foreign tourists, during their visits, have also shown keen interest in buying the carpets made in Bhadohi and the demand for Bhadohi carpets had grown globally.

According to carpet trader Firoz Waziri, even during the Covid-crisis, carpet orders kept coming from abroad.

Regarding the reason for the increase in carpet exports, Firoz Waziri said that the carpet made here goes to many cities of the country including Mumbai, Delhi, Gujarat, Goa, Tamil Nadu, Rajasthan and many other countries including the US, Germany, Japan. Most of the exports are done in the US.

Asif Raza of Bhadohi said that during the Covid crisis, the carpet industry was not affected. The reason was that due to the unique design and genuine quality of the carpets made in Bhadohi, people changed their old carpets to new ones while sitting in their homes.

Asif added that exports are increasing due to better marketing skills of exporters as well as policies of the central and state governments.

It is worth noting that the carpet mart in Bhadohi city is the largest in the country. This mart has a grand meeting hall, fireproof kitchen and central air conditioner. All these features attract international buyers.

With the opening of this carpet mart, there has been an increase in the sales of Persian carpets. Persian carpets are the most expensive in the world and account for about 10 per cent of the total carpets sold abroad.

According to experts, Persian carpets were made 250 years ago by people from Iran who later started making them in Bhadohi.

There are about 182 fine bales in a square inch of Persian carpet. The finer the knot, the higher the price. Natural dyes are used in these carpets. These colours are made from the leaves of plants, and tea leaves. This carpet is being exported extensively to places like the US, Germany, Australia and Canada and is dominating the foreign carpet industry significantly. 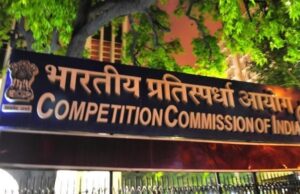