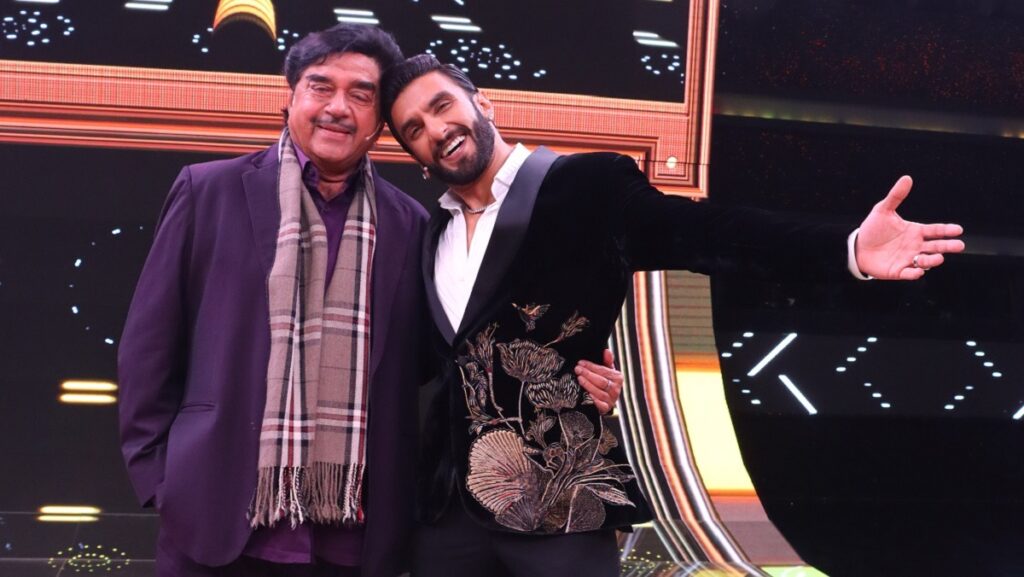 COLORS’ ‘The Big Picture’ has brought some riveting entertainment in its journey of giving everyone a chance to change their taqdeer with tasveer; but this weekend is about to bring this spectacular season to an end. This show has witnessed the arrival of many alluring celebrities from the world of entertainment; but for the first time ever, the dynamic father-daughter duo of Shatrughan and Sonakshi Sinha will be gracing the stage together! After receiving a beautiful introduction from Ranveer, both of them enter while grooving on the song ‘Makhan Chor’. Sonakshi expresses her happiness right away to watch her father dance like that for the very first time and calls it a ‘Ranveer’ effect !

As they take on this challenging visual-based quiz, Sonakshi surprises Ranveer by putting up her father’s tweet on the big screen. She then goes on to reveal about the time when Shatrughan was asked on social media about who he would like to portray his role if a biopic is ever made on him. “Unhone tumaara naam liya tha!”, she tells Ranveer. This compliment gets the host all excited as he processes this news. However, Sonakshi adds that he has to audition for this role to prove himself! Ranveer accepts this challenge citing Shatrughan Sinha’s inspiring journey to success.

In this highly anticipated episode, Ranveer also grabs hold of an opportunity to take tips from the legend on him completing 50 years in Indian cinema! The dashing host goes on to divulge about how he used to watch Shatrughan’s videos to improve his acting skills. As the show dashes towards its finale weekend will surely be a night to remember.

*Watch the finale of ‘The Big Picture’ presented by BYJU’S & CoinSwitch, powered by Kotak Mahindra Bank & Cadbury Dairy Milk Saturday and Sunday at 8 pm, only on COLORS and Voot! *