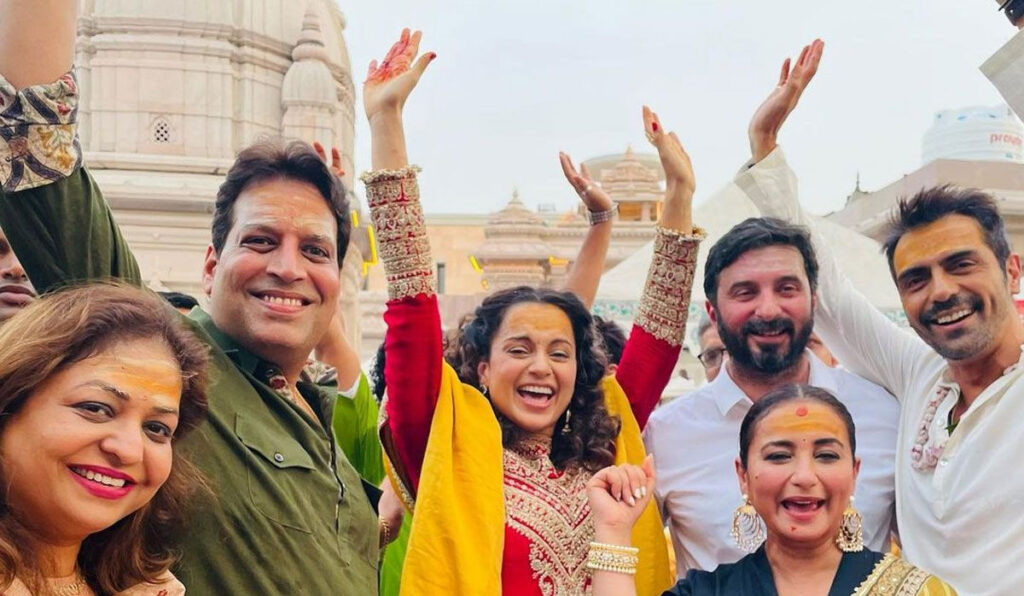 Mumbai, ‘Tu Hai Dhaakad’ from the Kangana Ranaut-starrer Dhakaad’ was released here amid much fanfare. The song was played on a floating LED screen on the banks of the river Ganga.

The film’s title song has been set to the tune of veteran advertising and film composer Dhruv Ghanekar. It is penned by actor and writer Ishitta Arun and performed by the jazz artist Vasundhara Vee.

Talking about the song, Kangana Ranaut said, “We have released ‘Tu Hai Dhaakad’ during the last leg of our promotional campaign as this song sets the tone of the film. It showcases Agent Agni as an unstoppable force who embodies the never-say-die attitude. The song has an anthem-like quality to it and encompasses my character’s grit and gumption in herself and her abilities.”

‘Tu Hai Dhaakad’ personifies and embodies Agent Agni’s fierce yet vulnerable characteristics. Through the lyrics and the tune, the song underlines the titular character’s journey in the film.

Talking about the song, director Razneesh Ghai added, “I wanted a song which had a rousing aspect to it. I reached out to my friend from the advertising world, musician Dhruv Ghanekar, who has composed many songs in the past. I knew that he would be able to understand what I had in mind and translate it into a tune.”

He added, “The song is inspiring and instils a sense of how one can achieve things against all odds and should never accept defeat. Ishitta Arun has written lyrics which do full justice to the spirit of the film’s story and Agent Agni’s fortitude. Vasundhara Vee’s vocals elevate the song to a whole new level and her singing style makes the song soar and how.”

Producer Deepak Mukut said, “The song ‘Tu Hai Dhaakad’ is inspirational and apt for the film’s theme and story. It feels wonderful to see that the film which we have made with our blood and sweat, is also scoring high musically. This song highlights the film’s theme and Agent Agni’s spirit, and it will deeply connect the audience to Kangana’s character.”