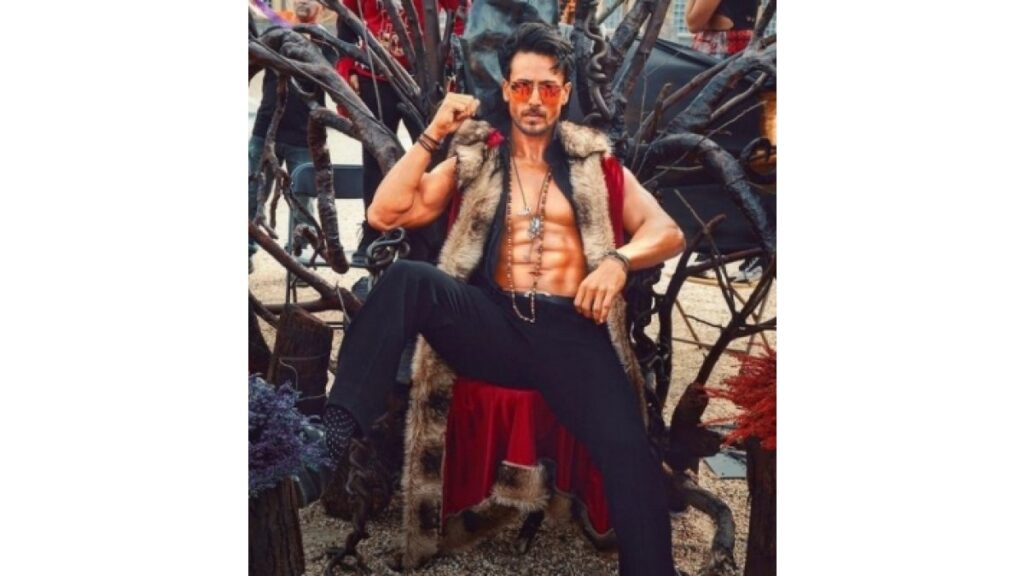 Mumbai : Action star Tiger Shroff says he is shooting for the most challenging sequences for his upcoming film ‘Heropanti 2’ and even shared a glimpse of it with his fans on social media

Tiger posted a picture on Instagram, where he is seen sitting on a chair with branches coming out of it. The actor looks dapper as he is seen wearing a faux fur jacket paired with black pants and sunglasses.

He is seen flaunting his perfect washboard abs as he poses shirtless.

“Heropanti level doubled up this sched! Shooting for one of the most challenging sequences! Can’t wait to share a glimpse of it! Witness it in cinemas this Eid on 29th April, 2022,” he wrote as the caption.

‘Heropanti 2’ is the sequel of Tiger’s debut film where he was seen opposite another debutante back then, Kriti Sanon.

As for ‘Heropanti 2’, the film written by Rajat Arora and produced by Nadiadwala Grandson Entertainment is being helmed by choreographer — actor Ahmed Khan and it also stars Nawazuddin Siddiqui and Tara Sutaria.