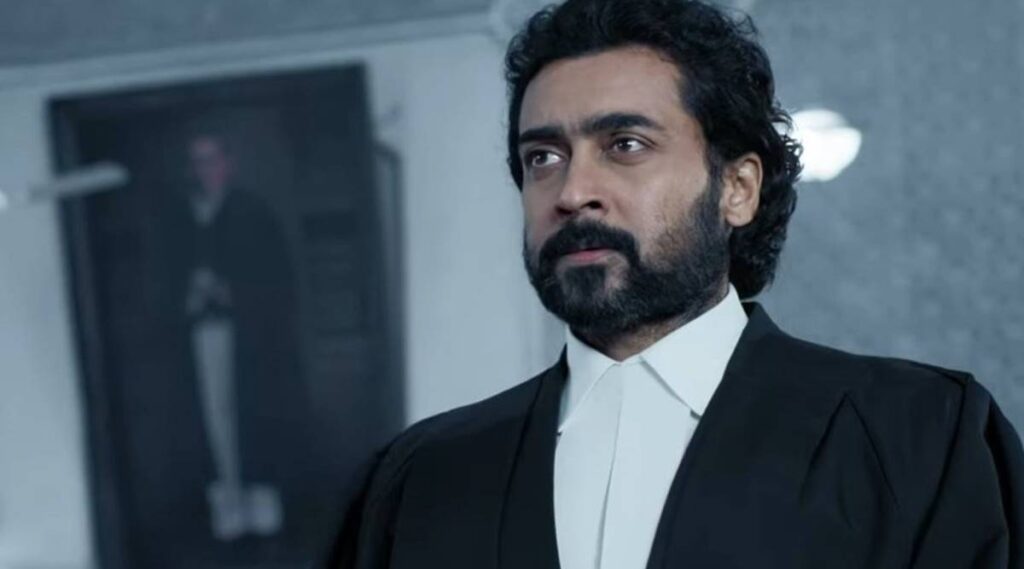 Chennai : Tamil actor Suriya plays a tribal rights advocate in the movie “Jai Bhim” produced by 2D Entertainment, co-owned by the star and his actress-wife Jyothika.

The movie, directed by T.J. Gnanavel, will start streaming on Amazon Prime from November 2. It will also be dubbed and released in Telugu, Malayalam and Kannada. Apart from Suriya, its cast consists of Prakash Raj, Rao Ramesh, Rajisha Vijayan, Lijo Mol Jose and Manikandan.

The movie is about oppressed tribals who find happiness in the little joys of life, even though they do not own land, nor homes. The small joys of this tribe are portrayed in the movie, which is based on a real-life incident dating back to 1993.

The story is about Sengenni and Rajakannu, a couple belonging to the Irular tribe. Rajakannu is arrested and goes missing from the police station. Sengenni then seeks the help of Advocate Chandru to get justice for her husband. Suriya, who plays Advocate Chandru, appears on behalf of Sengenni and argues the case for Rajakannu.

The film has been co-produced by Rajasekar Karpoorasundarapandian. The cinematography is by S.R. Kadir and Sean Rolden has given the music.

The movie was officially announced in April 2021 and it went on the floors immediately, but the pandemic stalled the shooting, which was resumed in July and completed in September.