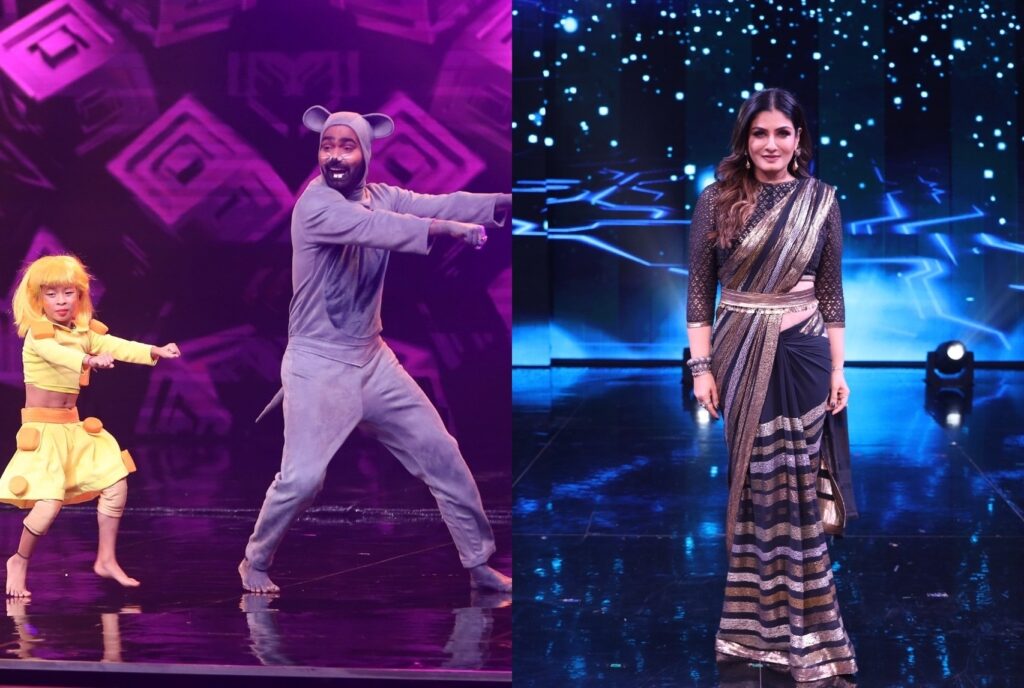 Contestant Soumit and his guru Vaibhav will perform a hilarious act based on one of Raveena’s most popular songs, “Tu Cheez Badhi Hai Mast” where the duo will pull off a comic routine depicting a ‘mouse’ and ‘cheese’ scenario.

Highly impressed with the act, Raveena Tandon said: “This is the first time I’ve ever seen such a sweet performance. I was just stating this a while ago that I’ve seen this song performed by so many people…”

Shilpa Shetty Kundra, who is one of the other regular judges on the show, was amazed by the act. She said, “I think concept plays an important role when you are performing on the stage and you guys maintained the concept throughout your act.”

“Also, the way Soumit carried his character of ‘cheese’, I must say, Soumit you are amazing. This act is too much above super.”

After the performances, all the boys challenged the girls for a spoon race to decide whether the boys were better or the girls. Anshika Rajput won the race and the boys again lost the battle.