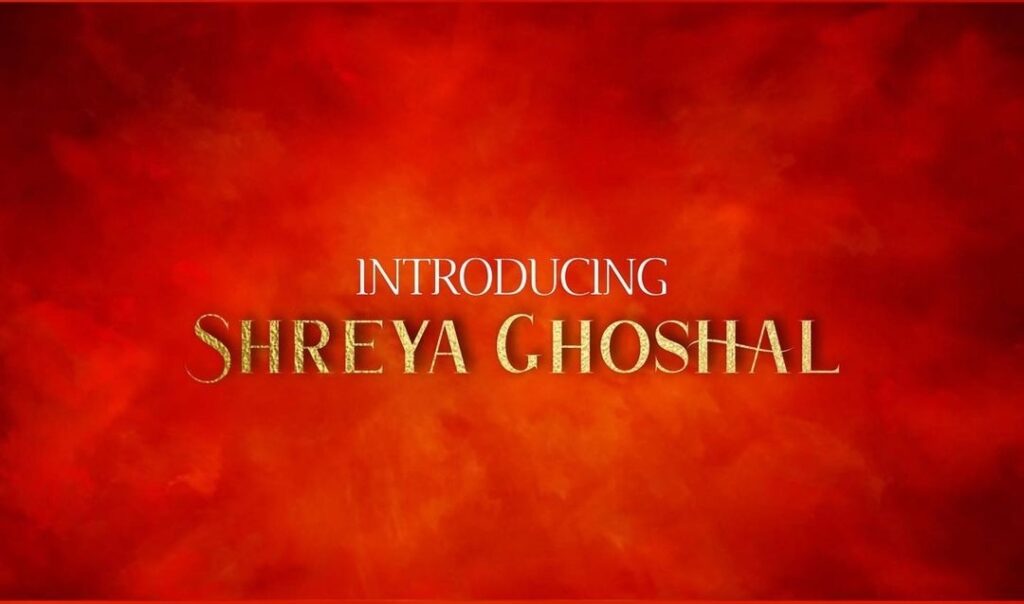 Mumbai,  Shreya Ghoshal has completed 19 years in Bollywood. The singer took to Instagram and shared about her journey in Hindi films that began with “Devdas”.

“19 years ago on this day I made my debut in Hindi Films in the iconic film #Devdas. It’s still vivid in my memories the magical years of the making of the music,” wrote Shreya, with a poster of “Devdas” on her Instagram page.

The singer thanked the director of the film Sanjay Leela Bhansali for launching her in “Devdas”.

“Always grateful to#SanjayLeelaBhansali sir for believing in that 16 year old girl.. And my parents for being there days and nights with me to make me into what I am today,” wrote Shreya.

At the age of 16 , Shreya was spotted by the mother of filmmaker Sanjay Leela Bhansali at the singing reality show “Sa Re Ga Ma” where she emerged a winner. Following this, she made her playback singing debut with the film Devdas in 2002.

She recently made her digital debut in “The Family Man”, as lead singer with “Kiske liye tu marega” and “Dega jaan”.