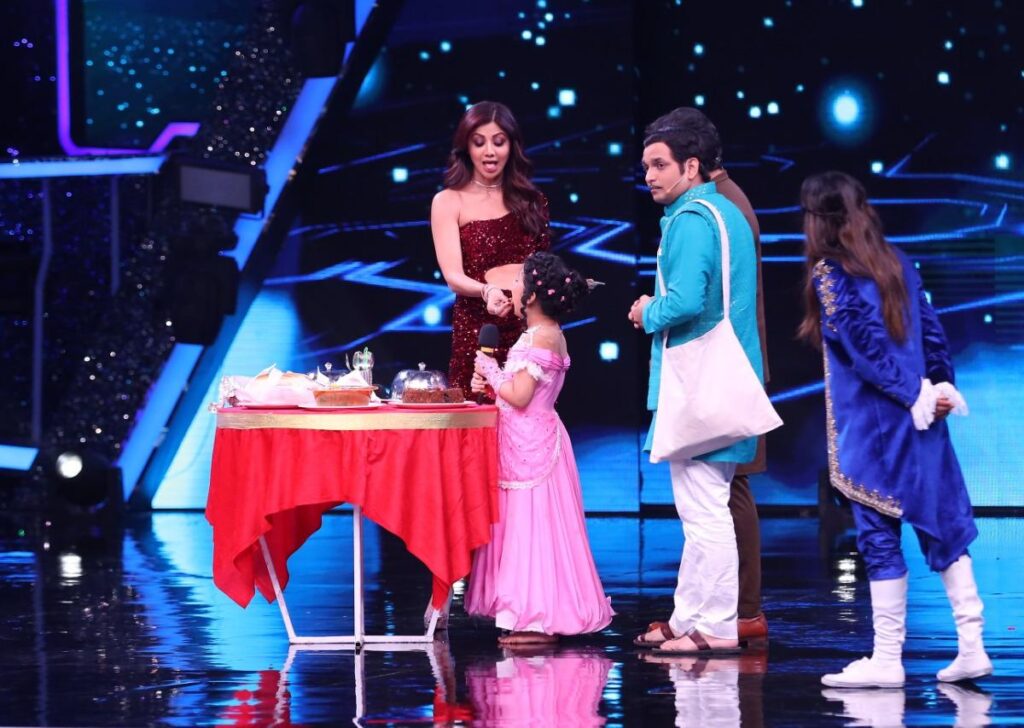 Mumbai,  “Super Dancer: Chapter 4” contestant Eesha Mishra is in store for a special treat from Shilpa Shetty Kundra in an upcoming episode. Shilpa will serve special homemade food to Eesha, including Pav Bhaji and cake.

“We have to make kids eat excellent healthy food. The dish is made out of healthy food items and yet delectable. Eesha relished it and even listed many ingredients out of which it is prepared. So kids learn to eat healthy in this way,” Shilpa said.

This weekend veteran actress Tanuja is going to be a special guest and contestants will perform a few of her hit songs as a tribute. Eesha and her Super Guru Sonali will be seen performing on the “Fanaa” film track “Mere haath mein”, which was picturised on Tanuja’s daughter Kajol.

Tanuja was all praise for Eesha: “You are going to be a star. Every child possesses some attribute or another and every child is unique. But there are some characteristics that only a few children possess, which distinguish them from others and make them stars in their particular field.”