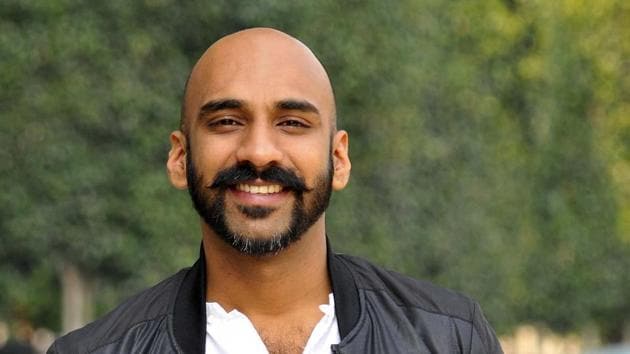 Mumbai Recently we have seen actor Sahil Khattar in a dangerous avtaar as Balli Chaudhary in 200 Halla Ho. With his impeccable acting skills Sahil has done justice to the powerful character. And now we got to know one more hidden talent of his. Apart from an awesome anchor and youtuber Sahil is also an excellent dancer. He has posted a dance cover with choreographer Sneha. The number was choreographed by Rajit Dev.

Speaking about the dance video he says,”I have never learnt dance in my life. I remember I used to dance care-freely in the dinner parties at home and parent’s friends place. One of the first song which I performed was Kaali Kaali Aankhen from Baazigar. I draw inspiration from Shah Rukh Khan – he is a born entertainer. He started his career with films like Darr, Baazigar, Anjaam – all grey characters. Somehow when I worked in 200 Halla Ho as a negative lead I felt my audience should also see the dancer in me.”

The Rowdy Baby song originally featured Dhanush and Sai Pallavi and was choreographed by the genius Prabhu Deva. Speaking about that he says,”The way Prabhu Deva has choreographed the song it is amazing, the vibes, the feel of the song is too good. I couldn’t take my eyes off Sai Pallavi. Both she and Dhanush have performed brilliantly. The energy of the song is very infectious. Though I am a Punjabi munda but somehow I am closely connected with South Indian culture. In real life I am the rowdiest baby. I am passionate in whatever I am doing.” Speaking about his favourite dancing actor in Hindi films Sahil says,”It has to be Ranveer Singh. Yhe way he dances, emotes everything is picture perfect. During the initial promotion of 83 we had been to Chennai and had so much fun and danced. I would love to do a dance cover with him.” Sahil also adds,”A mainstream Hindi film actor has to be a good skilled dancer. he should be an allrounder. I don’t mind doing a dance based film, I just need a good role, chance to perform and showcase my talent.”